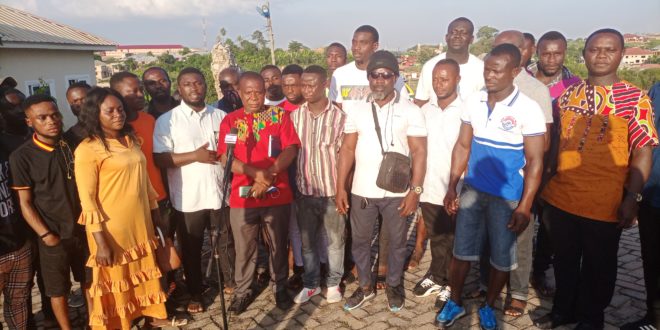 The Npp youth wing of Afigya Kwabre South District in the Ashanti Region is calling on the President of the Republic to renominate Hon. Christian Adu-Poku in the yet to announce the mmdce. 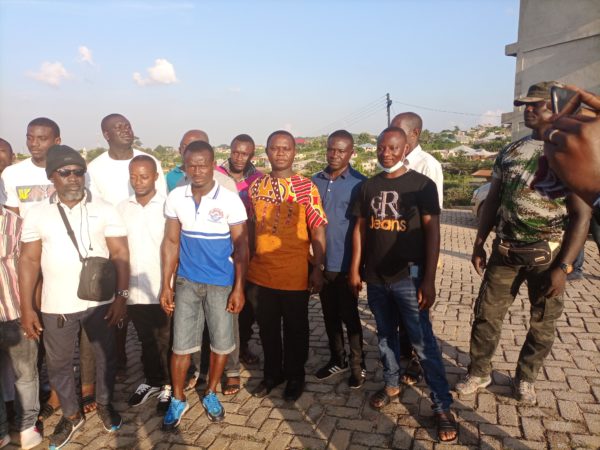 According to them, the performance of Hon. APC over the last two and a half years as Dce has been superb and outstanding, and He has been down to earth and operated an open door administration which gave them the opportunity to visit him at any point in time.

Speaking at a press conference the leader of the youth wing, Asare Yeboah disclosed that It is under the leadership of Hon Adu-Poku Christian that Afigya Kwabre South is experiencing the true development.

He explained that, his work has been unparalleled in the area of Education, Commerce, Health, construction of roads and bridges.

Some of the youth also said that among the achievements, the one which has endeared the entire district is the creation of the Quarry Development Fund which has benefitted immensely in terms of scholarships, bridges, schools, etc. Out of this same fund according to them has employed over 150 youth in the district.

Good evening ladies and gentlemen, it has come to the notice of the Afigya Kwabre South Constituency Youth wing of the Patriotic Party that some unscrupulous persons who always hide their identity whenever they come to the public to seek attention that our DCE, Hon Christian Adu-Poku (a.k.a, APC), popularly known as *”Adwuma Wura”* should not be reconsidered for the second term.

We wish to state emphatically without any equivocation that those faceless people who always change their names should be disregarded and all what they have said should be treated with disdain and the contempt that it deserves. There are some people behind all these baseless accusations and with time we shall bring their names out to the public domain because we know them. Yes, they know we know them.

They think spewing lies and concocting stories will get them appointments but the truth shall always stand. Those who stood against our M. P and garnered support for an independent candidate now have the audacity without shame and yet presented themselves to be vetted for MMDCE slot.

The youth of Afigya Kwabre South has seen the selflessness with which Hon. Christian Adu-Poku has worked over the last two and a half years ago. This is a man who is down to earth and operates an open door administration which gave us the opportunity to visit him at any point in time. He is very affable and listens to every one. He welcomes every one and always ready to work with the youth. We can’t just hide our admiration for him.

His intuition and ingenuity is incomparable and his demeanor is just apt. He has endeared himself to the people of Afigya Kwabre South to the extent that we just can’t do without him. He knows the button to press to bring hard situations under control.

If we want to talk about his achievements, we will need the whole day. Somebody who has injected over 200 individual projects into the District. It is under his leadership that Afigya Kwabre South is experiencing the true development. Come to talk of Education, Commerce, Health, Social amenities roads and bridges, his work is unparalleled.

Of all the achievements chalked so far, the one whi h has endeared him to us most is the creation of the Quarry Development Fund. This is a novelty and the best thing to happen to the District. The District has benefitted immensely from the Fund in terms of scholarships, bridges, schools, etc. Out of this same fund, over 150 youth have been fully employed.

We are grateful to the President for given us such a wonderful and a forward looking leader who is poised to transform Afigya Kwabre South to its glories to us. We have the firm belief that our leaders will reappoint Hon. Christian Adu-Poku (, Dr. APC) to continue his good works.

We the NPP Youth wing are in full support of him, We know Nananom are behind him, the entire NPP fraternity is behind him and with him and God by our side Afigya Kwabre South District and Constituency shall see the light.