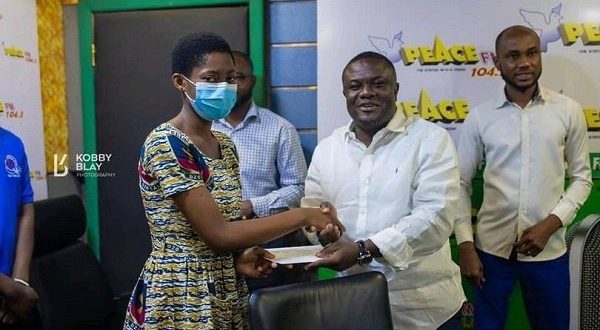 Collins Adomako-Mensah, the Member of Parliament for Afigya Kwabre Constituency North has fulfilled a promise he made to contestants of the grand finale of the 2021 National Science Math Quiz.

Collins Adomako-Mensah has in separate donations presented a total of GH ₵5,000 to representatives of Keta Senior High School and Prempeh College.

On the Monday, November 29, 2021 edition of Peace FM’s Kokrokoo show, Adomako-Mensah made a cash donation of GH₵2,000 to Francisca Lamini of Keta SHS who has become a sensation owing to her academic prowess in the just ended NSMQ.

The lawmaker followed it up with another donation of GH₵3000 to the Prempeh College team that won the competition on Friday, November 26, 2021.

In a Facebook post, Collins Adomako-Mensah who is an alumnus of the Presbyterian Secondary School, Legon (Presec) admitted that his school lost to a ‘better side’ in Prempeh College.

He promised to work with relevant stakeholders to ensure that other schools in the Ashanti Region are equipped to partake and make impact in the quiz.

“Though a former student of Presec, Legon, I must admit that our perpetual rivals, Prempeh College, were better than us in the NSMQ, especially, on the final day.

See also  Taxing the church will result in wickedness to religion – Bishop to government.

“As a result of this feat Prempeh has chalked, it is important we show our appreciation and at the same time, encourage them to continue flying the school high for the betterment of not only the Ashanti Region but Ghana in its entirety.

“I am, therefore, giving Prempeh College GHC3000 (Three thousand cedis) as my widow’s mite following their success at the National Science and Maths Quiz.

“More will be done in future to encourage other schools in the region to emulate the success story of Prempeh and the other schools which do and will participate in the prestigious NSMQ,” he said.

Collins Adomako-Mensah however did not end with the two schools. His alma matter benefitted from his charity works with a donation of an undisclosed amount on Tuesday, November 30, 2021.

“Turn of the Best School in Ghana. Ɔdadeɛ – Presec Alumni. Donated an undisclosed amount to the NSMQ team of Presec my school. Cash received on their behalf by senior Etse Sikanku,” he posted on Facebook 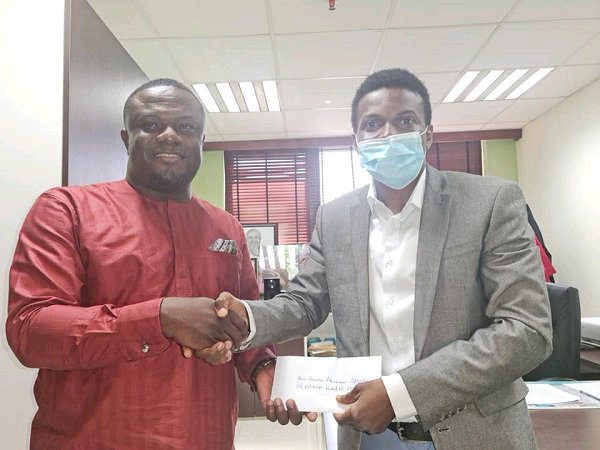