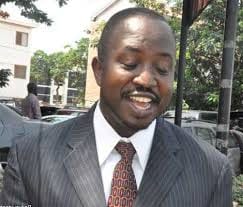 Any opposition party and its leadership who thinks an incumbent government going to the IMF is the ticket to their victory come Election Day, should be daydreaming with lazy-minded weakest strategic planning.

As I see others hoping to gun votes from the NPP for going to the IMF. From independence to date, which President has ever sacked the Finance Minister for going to the IMF in our country? It is always a collective decision including the endorsement of any sitting President.

Yes, I agree on some bad or unforeseen decisions can put a lot of stress on any government to end up at the IMF.

Most experts will tell you that, sometimes going to the IMF helps in revamping the economy back through some streamlined restructuring, especially in value for money.

Two years is a long time for any incumbent government to stimulate the economy well for citizens to feel and see the positive impact on the economy.

If only the government will do more value for money, pay contractors, and pay workers any outstanding pay or benefits. Give a short-term relief to most job-creating sectors to enable them to expand in creating jobs. Direct and indirect employment.

The NLC supports the decision of us swiftly going to the IMF in other to stabilize the economy. Especially when experienced leader line Vandam things is a good call, good decision.

Anyway. Let’s see.
Love you all.