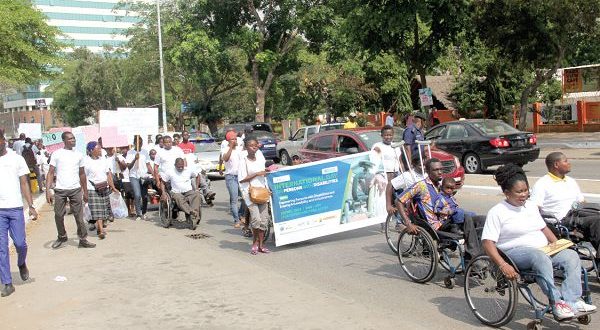 use my own father as a yardstick mce caution pwds

Speaking to Appiah Danquah Rok fm, municipal chief executive officer Kojo Acquah said the government knows the hardship and danger pwds pass through for thier survival and it is inline with it that the country has set up 3 percent disability fund from the assembly common fund to support them but most of such persons are reluctant to register at various assemblies for such intervention and prefers to beg at streets which us dangerous

He has therefore stressed that the assembly will not spare such people at streets since they have given several notice for them to take up the opportunity. Hon Kojo Acquah made this remarks when the assembly disbursed items like fridge,fufu pounding machines among others to persons with disability un the municipality.

Social welfare director of Efia Kwesimintim municipal Assembly Florence Owusuaa Parry urged the pwds to make good use of the items since most of them collect and does not make good use of it and become a worry situation when you see them at traffic lights.

Tags punished i will be you