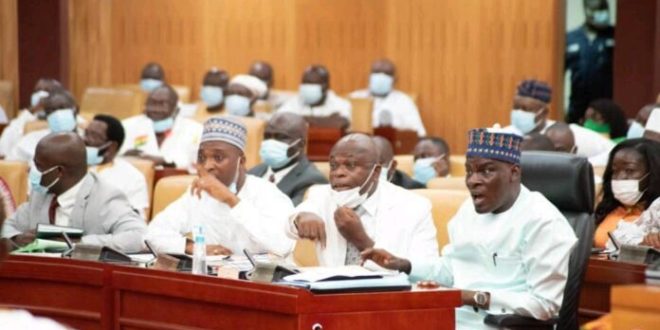 The Minority in Parliament has urged the Ashanti Monarch, Otumfuo Osei Tutu II to charge the government to do the right thing with regards to the controversial e-levy.

This comes after the Chief told the Minority not to frustrate government’s work by opposing its policies.

Reacting to it, Minority chief whip Muntaka Mubarak said rejection of the E-levy does not amount to opposition of government policy.

“All over the world, oversight is done by the minority and we are just doing our work. We don’t intend to frustrate government, we don’t to obstruct government business, we will not stand in the way of government trying to do what is right. “We cannot just leave our role in the House and wait for the next election. It is the reason a budget is brought here, it is the reason four state of the nation addresses are read within the four-year tenure.

“We can assure his majesty and all the pastors and imams that as Minority we are not here to obstruct government business. Encourage government to do what is right,” he said.