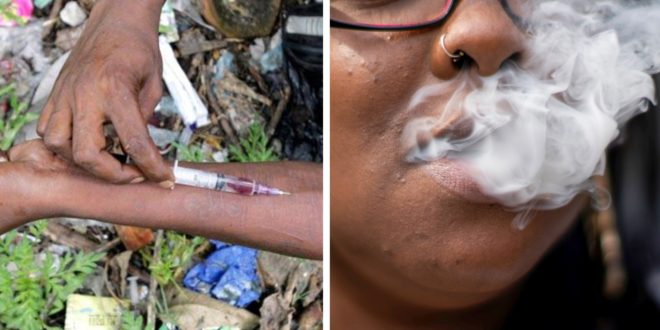 W/R: Drug peddling and use of illicit drugs at Prestea-Beppoh on high ~ Assembly Man worries

Continuous drug peddling and use of illicit drugs in my Electoral Area worrying and i fear for its future implication – Thomas Yaw Enyam has said.

Speaking in an exusively, Hon Enyam said though most of the youth in the community are irresponsible and act dangerously but others from communities closer also indulge in all sort of crimes which are committed in the community and those accessing fingers are always pointed on the youth of the community.

He said the menace has for some time now daint the image of the community and need real help from the municipal assembly.

Asking of some of the measures that has already been taken place, Hon Enyam said Nananom have led by the Divisional Chief Nana Attah Kojo Brembi, said together with the assembly member and the Unit committee members have tried their best but to no avail.

He said the security personnel in the Municipal capital seem to be lenient with the menace and culprits.

He said if the laws were to be enforced, those seeling and buying will be brought to justice as he fear for the future of Beppoh.