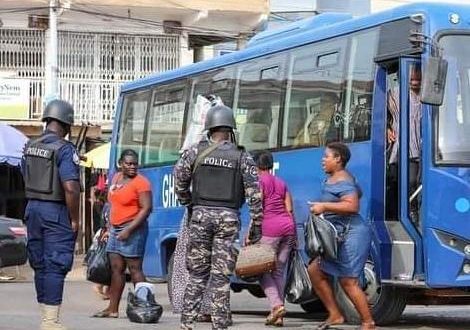 The Ghana Police Service has received a lot of praise for doing one of the most admirable and compassionate things ever.

Yesterday, December 6, 2021, transport operators grounded most of their vehicles over what they described as the incessant increment of fuel prices.

Their decision to embark on a strike action left a lot of Ghanaians stranded at Ashaiman, Lapaz, Madina, Spintex, and some other places.

This caused most passengers to walk very long distances to their various destinations.

1. Some individuals spotted getting off the bus as they got to their destination 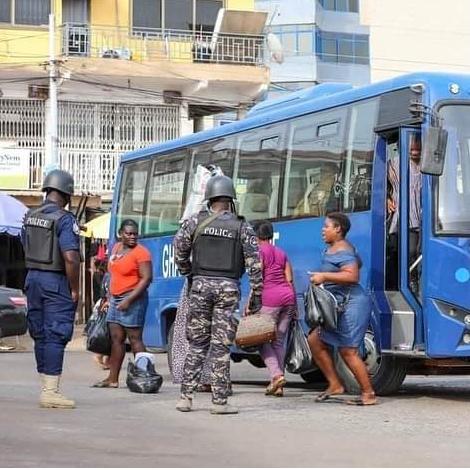 2. Others also spotted rushing to get onto the bus 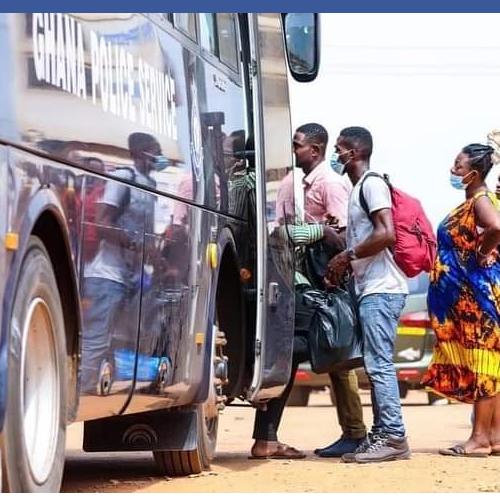 3. Some people in a queue waiting for their turn to board a bus. 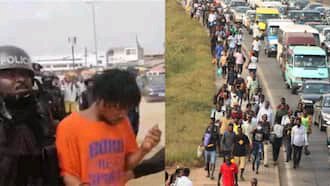 4. Some school children spotted waiting for their turn to board the bus to school. 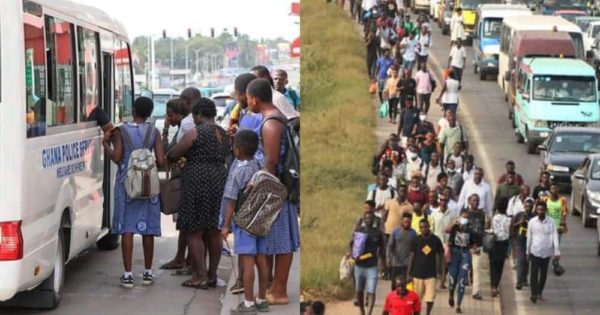 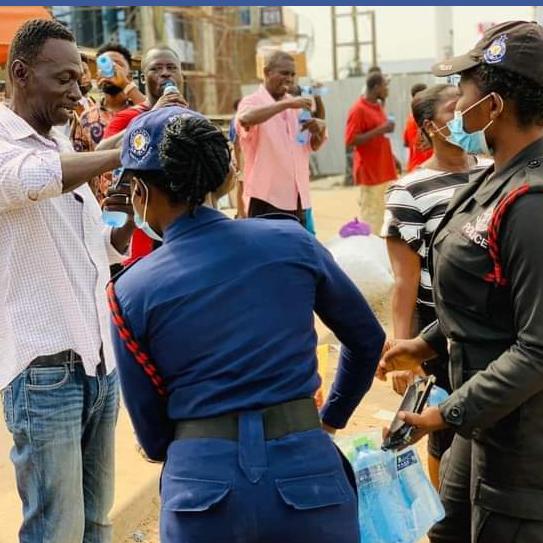 A leading member of the Coalition of Transport Operators, Ibrahim Musa, told Alfred Ocansey on the Sunrise show on 3FM Monday, December 6 that there was a communique from her office appealing for them to return to the roads.

He added that per the communique sent by the chief of staff, the president wants to intervene.

See also  MMDCEs Appointment: Oppong Nkrumah speaks on when list will come out.

The decision to reduce fuel at the pumps comes after the government had a crunch meeting with some transport operators at the Presidency following their strike action.

At the various pumps across the country, 15 pesewas will be reduced by GOIL 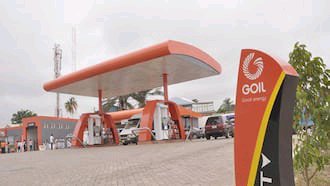