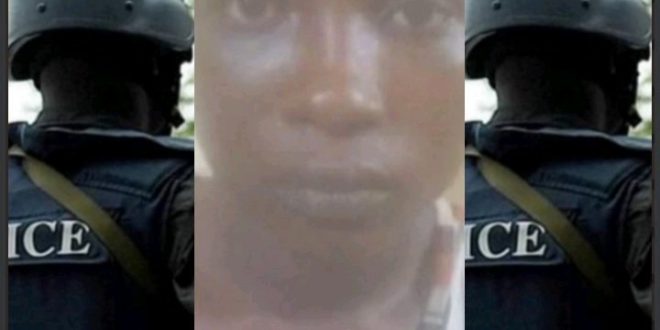 The Police Man Slept With Me 4 Time Before Escaping Me-

Theresa Forson, the female suspect who escaped from police custody after a policeman named Lance Corporal Isaac had s*x with her has narrated how the incident happened.

Theresa revealed that the officer on duty, Lance Corporal Isaac Apomah demanded four solid rounds of s*x before he permitted her to flee from prison.

According to reports from local new outlets, Theresa, who had fled from police cells in Nkanfoa, in the Central Region was transported back to the prisons and was to stand before the court in another prosecution.

The officer guarding her cell, Lance Corporal Isaac Apomah, sneaked ‘nicodemously’ and offered to free her once again if she agrees to go in bed with him.

Theresa agreed and according to her, gave the officer four hot rounds of lovemaking without everyone knowing. He then unlocked the gate and assisted her to flee for her life.

Her family members were surprised to have seen her home when they knew she was behind bars and upon probing she narrated how she escaped.

Theresa said her family called the authorities to re arrest her because they didn’t want to be charged with aiding and abetting.