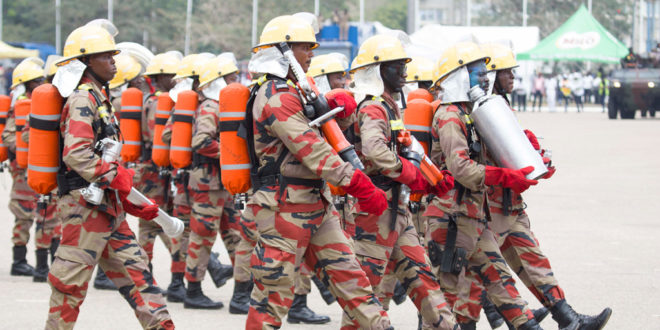 The Ghana National Fire Service is advising the public to desist from putting stones on their leaking gas cylinders and get new regulators.

According to the Service, it is recording high numbers of domestic fires in the country.

Speaking to the media after fire sensitization exercise at Adjen-Kotoku in the Ga West Municipality of the Greater Accra Region, Fire officer, Abdul Rahman said the rate of such accidents is alarming and should be avoided.

Abdul Rahman appealed to Ghanaians to endeavour to change the seals on their cylinders to avoid the occurrences of domestic fire outbreaks to save lives and properties.

He entreated cylinder users to consistently change their regulators and stop putting stones on their cylinders if they start smelling leakages.