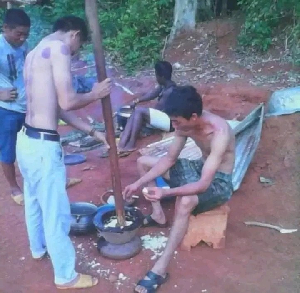 A viral picture that has caused a lot of people’s tongues to wag has spotted a group of Chinese men pounding fufu in a Ghanaian forest.

The viral picture saw an African lady alleged to be a Ghanaian woman helping them to prepare a soup. They seem to realize this while preparing their food in the forest.

The attention of the public has been brought to the photo because many people are asking how they got access to the land. After all, the government has made a law against illegal mining in the country.

Check out some reactions below: 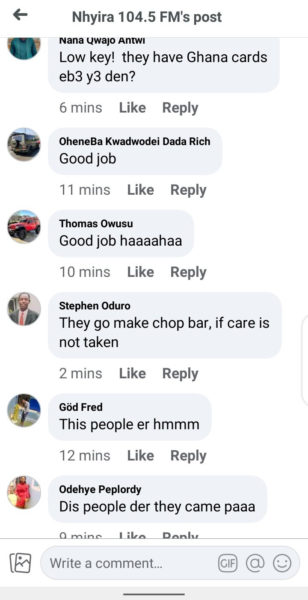 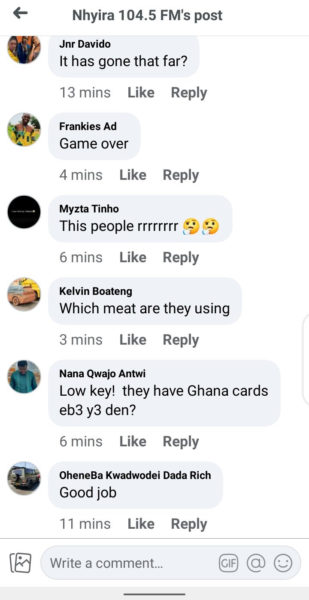