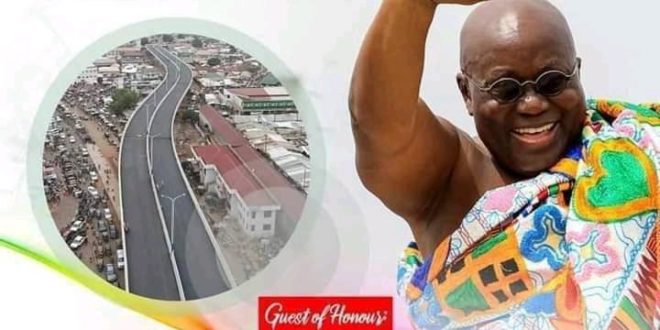 President Nana Addo Dankwa Akufo-Addo will on Tuesday, March 29 commission the Tamale Interchange Project, an announcement from the presidency has revealed.

The $48-million project is expected to ease vehicular traffic in the central business town of Tamale.

Roads Minister Kwesi Amoako-Attah earlier this year indicated work will be completed in March and a commissioning done.

The Northern Region is benefiting from the $2 billion loan and a grant from the Chinese government under the Sinohydro deal meant to develop the country.

It will be recalled that some residents living around the Sabonjida area expressed concerns over the project.

They complained about the small nature of some roundabouts accompanying the project and poor drainage system.

In April 2019, President Akufo-Addo with support from the King of Dagbon, Ndan Ya-Na Abukari II, cut sod for the commencement of the first ever interchange project in Tamale.

The project is one of the promises of the Akufo-Addo-led government under the Master Project Support Agreement between the Government of Ghana (GOG) and the $2 billion Sinohydro Corporation Company of China.

The Tamale interchange is about one kilometre long and links the Kumasi Road through the Point 7 road, the Central Taxi Rank, Central Market intersection with the Melcom Road and Bolgatanga Road. 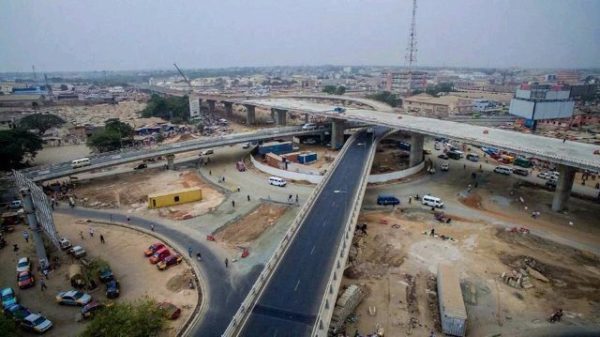