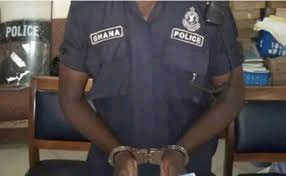 A Ghanaian Police officer identified as General Lance Coporal Victor Antwi Yeboah seen in a viral video sexually harrassing a lady in a vehicle. The unfortuanate video has received massive criticism from Ghanaians which they are calling for his arrest by the Police Authority for thorough investugation.

Fortuanately and unfortuanately , the video has landed on IGP, Dr. George Akufo Dampare high table where he invited the Police officer in question for thorough investigation and for neccessary punishment in he is found guilty.

The IGP has promised to invite the lady in the viral video for further investigations and will be given the needed phsychological counceling to make her cope with the embarrassing situation.

The IGP, Dr. George Akufo Dampare has on a number of occasions cautioned police officers to be guided by their actions against the public. He has told them that the police force must regain its respect and under no circumstance should a police officer thwart the new path being channeled.

The police officer seen in a viral video allegedly harassing the female occupant of a vehicle has been identified as Gen. Lance Corporal Victor Antwi Yeboah of the Bono Region Command.

The Ghana Police Service in a statement says the officer has been arrested pic.twitter.com/1j297NkbHd

The Police Statement below: 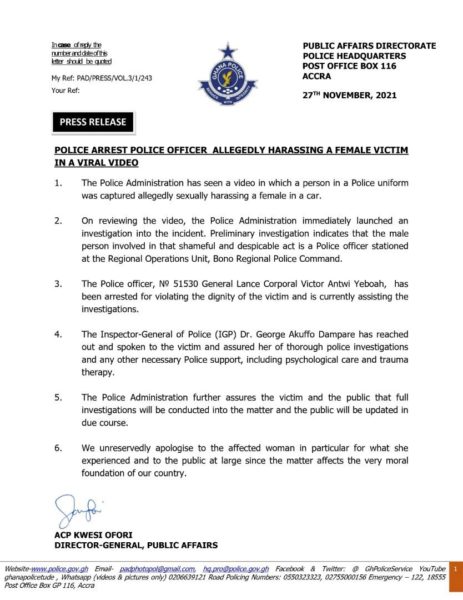