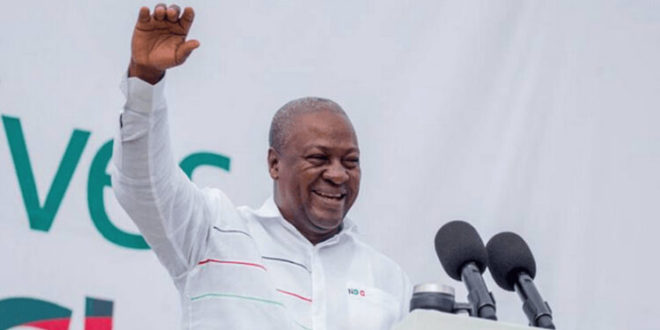 Member of Parliament for Ningo Prampram, Sam George has revealed why former president John Dramani Mahama, the flagbearer of the National Democratic Congress in the 2020 election, did not participate in the ‘March for Justice’ protest which was organized by the party’s youth wing on Tuesday, July 6, 2021.

John Mahama’s absence raised a few questions on social media as some persons wondered why he absent himself.

But Sam George told Citi FM that the former president was occupied with other party matters that needed his attention.

He said however that the protest would not have been successful without his behind-the-scenes support.

“He had other party engagements which were equally important, but let me add that this demonstration would not have been successful without his help,” he said.

See also  We need you back to save ECOWAS and Ghana, massive reactions after Obasanjo calls on Mahama

The NDC marched from the Accra Mall stopping first at the Jubilee House and ending the march at Parliament House. The march was to protest over what they believe is injustice being perpetrated by the Akufo-Addo government.

Speaking at the protest, Johnson Asiedu Nketia challenged President Akufo-Addo to ensure justice for victims of brutality at the hands of the country’s security agencies.

“The danger, Your Excellency, is that there is no commitment from you and your government that these life-threatening challenges facing our country will be, at least, reduced.

Instead of teaming up with those who have taken inspiration from your edicts to be citizens and not spectators to fix the country, your government is surprisingly averse to calls asking for the fixing of our beloved country.

Those crusading for the country to be fixed have become enemies of your government as they are either being intimidated, harassed or killed,” the petition presented to the presidency said.

“I think it is time for you to arise and hold the older generation accountable because we will soon hand it over to you and you need to ensure that we don’t hand over a country with no resources, a country that has had all its resources sold by people to look after their families,” he charged the youth during the march.

“Ensure that you are not handed a country with an unstable democracy, a country without justice, or a country that promotes war because we can’t look to the security agencies to protect us”, he urged, adding: “I am very happy you are awake and staging this demonstration.”