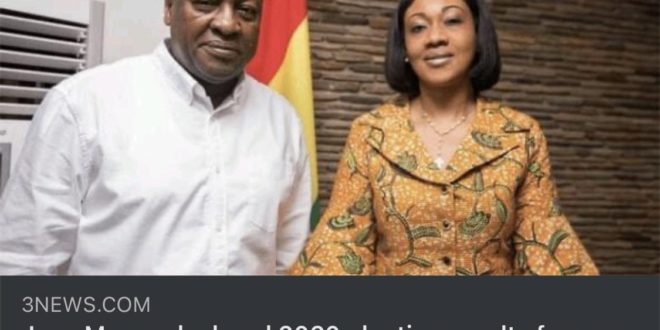 The recent circulating news that has undoubtedly sparked massive stir, debates and arguments across all social media platforms was when the former President and flag bearer of the largest opposition party, NDC, John Mahama boldly stormed the United States to finally report the Chairperson of the Electoral Commission of Ghana, Jean Mensah over the outcome of the 2020 Presidential elections.

Speaking to the United States Chapter of the NDC at the Bentley University, the former President, John Mahama highlighted that, Jean Mensah unexpectedly announced the final results of the general election at an unknown location which was unacceptable by the constitution of the country.

“The electoral commissioner went to an unknown location and declared the election results from there and after she declared the results and the results didn’t tally, she came and changed the results; we don’t know how many multiple times. That was an issue we had to deal with”, John Mahama emphatically stated.

Upon the unexpected news concerning how the former President, John Mahama stormed the USA to report Jean Mensah over the outcome of the 2020 presidential elections finally popped up online, most individuals took the privilege to express their immense disappointment aside sharing their thoughts and opinions over the alarming issue.

Below is a look at some of the comments that came through as individuals shared their respective thoughts and concerns over the former President, John Mahama’s claims about Jean Mensah. 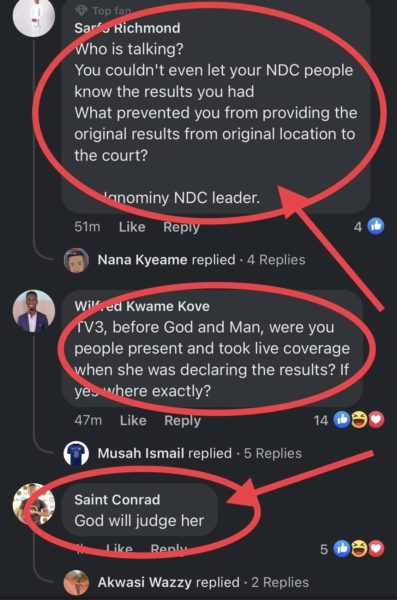 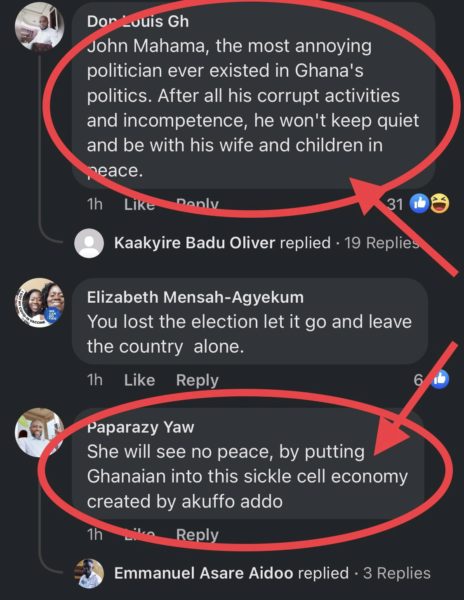 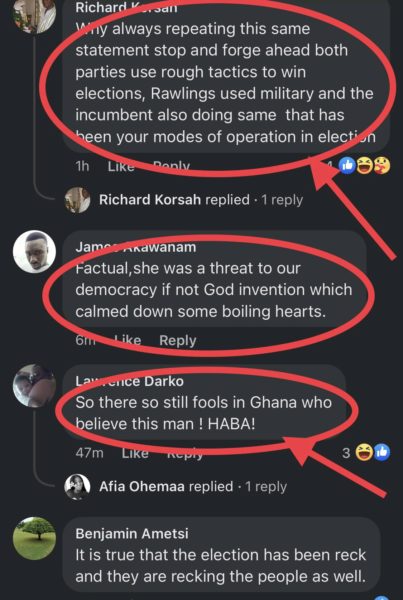 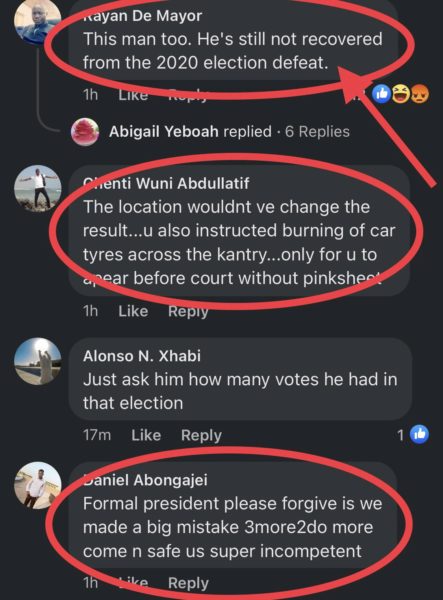 From the above comments, we can clearly notice that most individuals were undoubtedly surprised upon witnessing how Mahama stormed the USA to address the income of the 2020 Presidential elections whilst stated otherwise.

Do you think it was lawful and constitutional for Jean Mensah to unexpectedly declare the 2020 elections results from an unknown location as claimed by John Mahama even though most individuals claimed otherwise?

What are your thoughts after Mahama stormed the USA to boldly report Jean Mensah over the outcome of the 2020 presidential elections even though most individuals claimed otherwise?

Let’s know your thoughts in the comments section below.