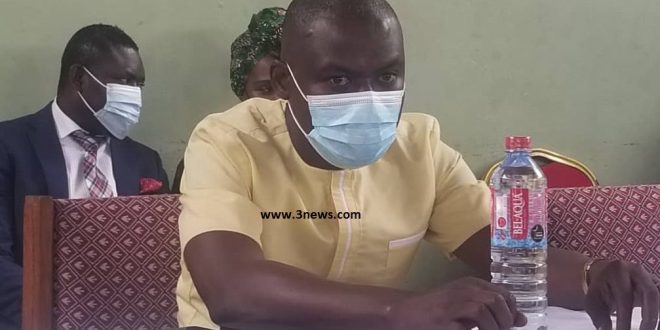 What started as a calm day in the early hours of 8am in the morning find the fate of the Prez’s nominee for cape coast Mr Ernest Arthur was anticipated to be cool but a crucial one.

Newly elected mce for cape coast, Mr Ernest Arthur called for togetherness among assembly members in order to work together for the betterment of cape coast.

He emphasized that “we are seeking for cape coast development and without oneness cape coast can not develop.

” Let’s bury every chaos that happened today and let’s focus on the development of cape coast. I’m not going to discriminate against anybody, we will work together”, he stressed.

Mr Arthur made this known shortly after his confirmation as MCE for cape coast.

This is the third election of the prez’s nominee after being rejected for two consecutive times as he failed to secure the two third majority.