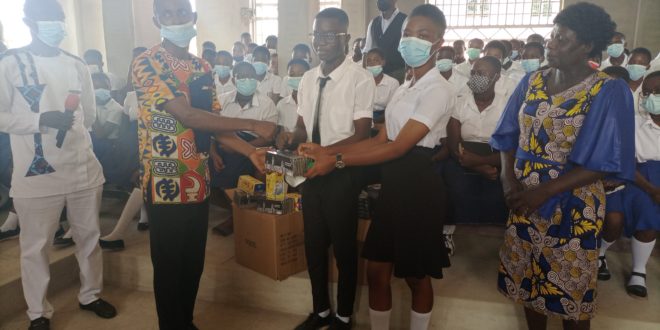 Board Members and Teachers of Mary Afriyie Advantist Junior High School in the Kwabre East Municipality of the Ashanti Region, has called on the government through the Ministry of Education and Ghana Education Service to give adequate attention to the school in terms of classroom facilities and school furniture.

According to them the basic school holds 690 total number of pupils consisting JHS 1,2 & 3 which as a result has made the classrooms over crowded due to inadequate facilities.

See also  Difference between Brigadier and Brigadier General In Army

According to report, Mary Afriyie Advantist government Junior High School tops the basic schools in the Kwabre East Municipality in terms of academic performance but has been neglected by the government. It is said to have been seen that the Advantist Church has been the only body that provided the little classroom facilities for the school.

The School Board Chair, Hon Baffour Ampadu-Kyere who spoke with Rexkin Ohene Boateng at a final congregation and price giving day service held for the final year pupils eulogized the 228 BECE candidates to abstain from examination malpractices and also discard every fear and panic among them.

Handing over some mathematical instruments, long ruler, sanitizers to each of the candidates on behalf of the Board members, Hon Ampadu who is also the Assembly Man for Mamponteng- Abesenase electoral area also commended the teachers and workers in the school for their outstanding services. 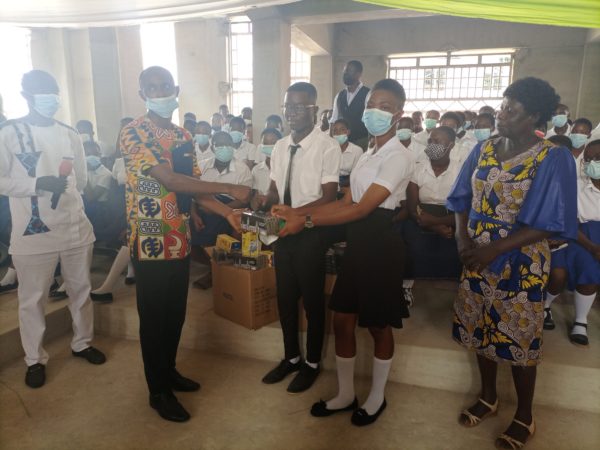 The Kwabre East District Pastor for the Seventh Day Advantist Church, Pastor Isaac Oppong in his sermons advised children to allow God to lead them as they are about to enter this satanic world by shunning all earthly fashionable things like LGBTQs, gambling, prostitution.

The Manager of Advantist Schools in the Municipality prayed to God for guidance, memory retention for the candidates ahead of their examination.

Meanwhile the Headteacher, Mr. George Antwi revealed to Rexkin Ohene Boateng that, despite efforts of complains and letters made to the government and authorities about their current challenges proved futile.

He appealed to old students, Philanthropists and corporate institutions to come to their aid.