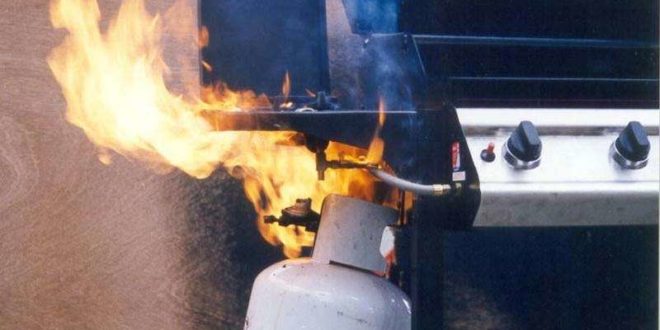 Seven people including a Journalist who also double as the Morning Show Host for Ke Fm in Kpasa in Nkwanta North District have sustained multiple degrees of injuries after gas cylinder exploded in the apartment of the Journalist.

According to sources, the explosion was caused by a gas cylinder leakage, which caused significant damage where seven people suffered injuries from the flames of fire.

Plans are being made to refer them to Korle-Bu Teaching Hospital Burnt Unit for further treatment whilst the others four remain at Kpasa Health Center and Pentecost Clinic.

The affected Journalist Kwaku Mensah Akorobeto (KMA), speaking to Peace/Hello/Beyond Fm Reporter Yoooooooooooooo Kwabena Ntow confirmed that there was a gas leakage in his room that led to the fire explosion.

Previous “We won’t allow you to use Ghana card to disenfranchise Ghanaians” ~ Tain NDC to EC.
Next NPP @30 Achievements To Show Over NDC In 1000 Years