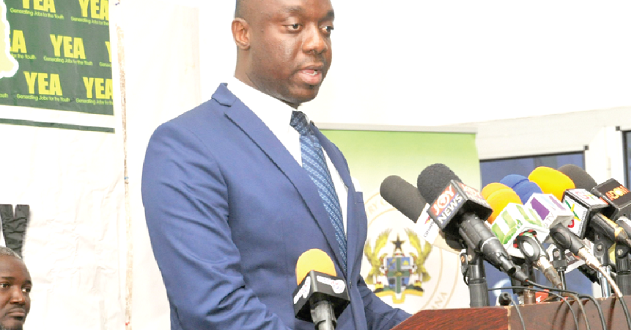 JUST IN: Dependents Of Justin Koduah Calls Him For General Secretary Position.

A group called DEPENDENTS OF JUSTIN KODUAH is strongly prevailing upon him to contest for the NPP General Secretary as NPP has determined to break the 8.

The group is hopeful that with Justin Koduah as General Secretary of the party, breaking the 8 shall be child’splay and a done deal.

To this, the group has delegated a 15 member eminent team 5 of whom are PhD Doctors, 7 paramount chiefs and 3 loaded billonaires who are first class business tyvoons to persuade the able, dynamic, legal brain, altruist, affable, benevolent and brother of multitudes to accept their proposal to contest for NPP General Secretary.

IT IS PRAYER TIME
LET US PRAY FOR NPP
INCOMING GENERAL SECRETARY.

According to the Chairman of the Dependants of Justin Koduah Group, they could have approached Lawuer Justin Koduah themselves but they thought it wise to send eminent delegation to meet him such that he may has no excuse to refute the proposal.

Though we have sent eminent delegation to present our proposal to Lawyer what we are doing backstage is to commit the learned Lawyer into the tentacles of God through prayers and that we are calling on Ghanaians generally to join the prauerd. What our incoming General Secretsry needs now is prayers and God guidance.

Belovered, as you are reading this article,pause and pray for OKUMK)M for just 1minute and receive your blessings from God.

Response: the only lawyer who feeds thousands of people.