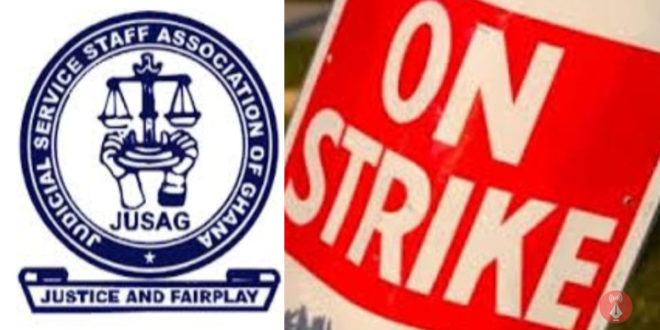 The Judicial Service Staff Association of Ghana, JUSAG, may soon go on strike if the government does not implement a review of their salaries.

After an executive committee meeting earlier this week, it said it was giving the government a two-week ultimatum.

“We were due to have our payment regime revised in 2020 for implementation in 2021. Since January this year, a review ought to have taken effect.”

“The Judicial Council has done its part, but we have sat waiting for the government to play its part with no response,” he added.

On the way forward, Mr. Nartey said “under our labour regime, there are various options open to workers.”

JUSAG last went on strike on November 13, 2019, also because of the government’s failure to review the salaries of its members.

At the time, JUSAG said the Judicial Council had failed to release the report on their negotiations for onward approval by the President.

The strike disrupted work at the courts nationwide.