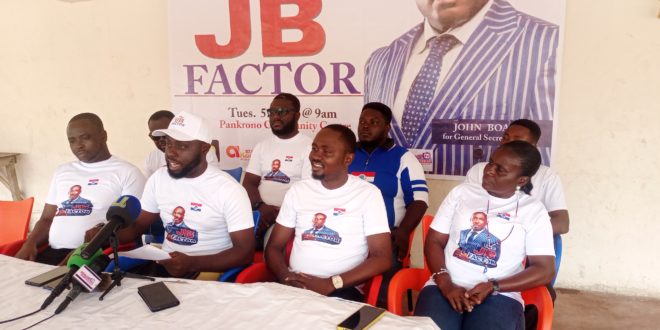 Ahead of the upcoming Intra-Party elections of the New Patroitic Party on Saturday, the Ashanti regional Association of Polling Station Executives AOPSE, is debunking a propaganda that some aspirants are spewing out to their cherished party delegates.

According to them, some aspirants and their followers are throwing damages and fallacies that, John Boadu was the main reason why some seats were declared unopposed which eventually cost the party to lost 32 seats in Parliament.

However reading a statement to rebut the accusation at Pankrono Community Center in the Old Tafo-Pankrono Municipality of the Ashanti region on Tuesday, the spokesperson for the Association, Felix Asante categorically stated that Mr. Adwenk3se3 John Boadu alone does not take decisions for the Party rather, the entire National Executive Council NEC, body so John Boadu being the mouthpiece of the NEC and the party does not necessarily mean whatever decision he communicates are his personal opinion.

In 2016, 2nd term of NDC under Asiedu Nketia lost 42 seats and power to NPP. However in 2020 2nd term of NPP under John Boadu lost 32 seats to NDC but still maintained power with Nana Addo as President. 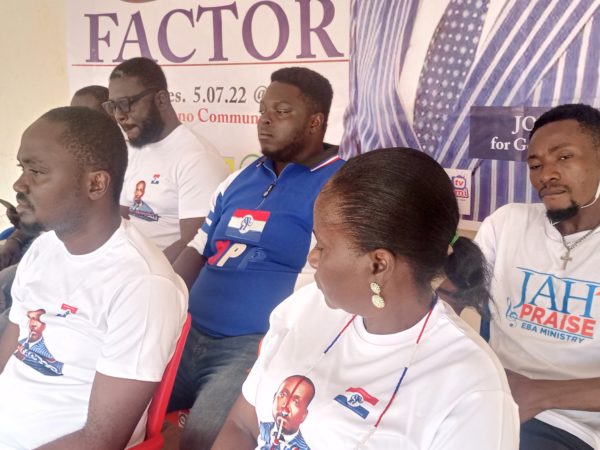 Meanwhile the Convenor for the Association, Francis Boamah told Ddespite media reporter Rexkin Ohene Boateng behind the Press Conference that, Asanteman Nkosuo they are all championing for doesn’t lay on when NPP is electing their national executives rather depends on the Ashanti Ministers, CEOs, MPs, who must come together with the Indigenous people to think about the development of Ashanti region. 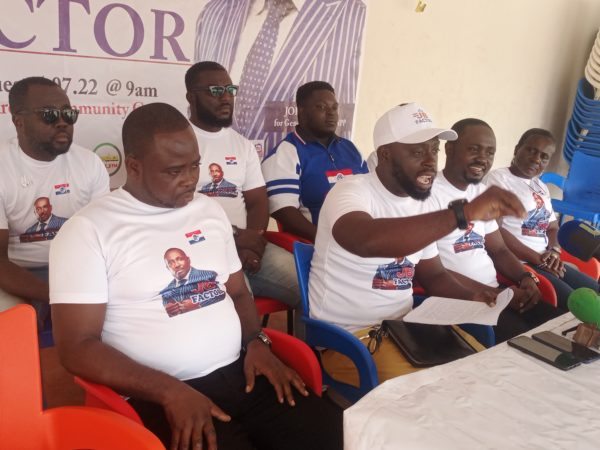