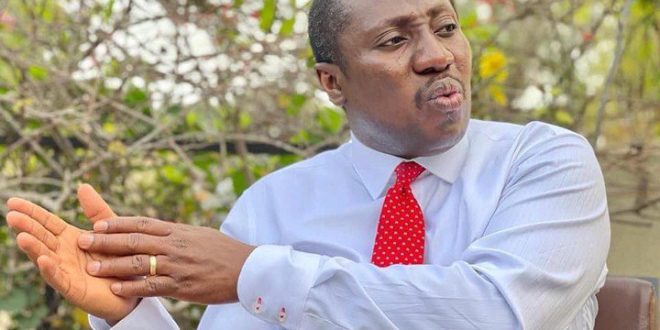 I’m afraid for my life in the chamber– Afenyo-Markins

Deputy Majority Leader of Parliament, Alexander Afenyo-Markin has bemoaned the increasing incidents of hooliganism in Parliament.

The reputation of the 8th Parliament of Ghana has come under serious public scrutiny in the past few days. The two sides of the House has been at each other’s throat following the presentation of the 2022 economic policy and financial statement of government.

Speaking on Newsfile current affairs program on Saturday, Mr Alexander Afenyo-Markin blamed the opposition NDC caucus for resorting to physical and verbal attacks at the point of disagreements, leading to chaos in the Chamber. He maintained that the NPP caucus has been gentle enough in times of disagreements.

He further stressed that members of the minority caucus who instigate such unwarranted chaos must be named and shamed because it threatens the safety of members of the House.

“Sometimes, I sit in the chamber and afraid for my own life. I fear for my life. We should call them out”.

On the issue of the E-Levy, the Deputy Majority leader reiterated that both sides of the House agree on the need for the proposed tax.

“Let Ghanaians know that the NDC agrees that we need the E-Levy. We share that political risk together. They shouldn’t back track and suddenly create the impression that we [NPP] are in this alone.

“They as a political party have said that E-Levy is a necessary evil. Where we disagree is the percentage. They want 1%, goverment says 1.75%. Goverment has assured them that it is going to look into that concern and make an announcement to that effect”.