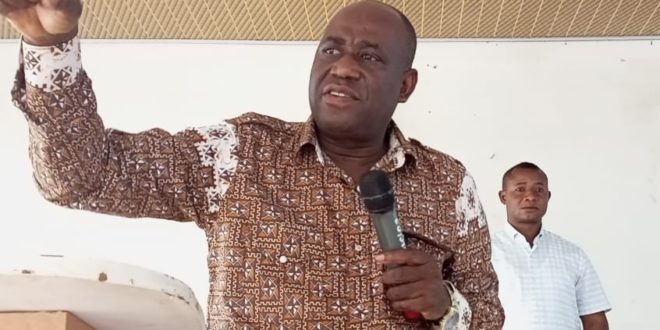 The Deputy Minister for Local Government, decentralization and rural development Hon. Augustine Collins Ntim has bemoaned the delay in the construction of Jaman North’s new assembly block after about 5years of being awarded to a contractor.

Speaking in an exclusive interview the deputy minister who doubles as a member of parliament for Offinso North constituency in the Ashanti region during his working visit to the Jaman North district indicated that his biggest challenge as a deputy minister for local government as far as Jaman North is concerned is the lack of modern and expanded edifice for the District Chief Executive and his officers to work with convenience indicating that contract for the uncompleted assembly block was awarded for close to 5years now with about 80 same projects within the same 5year period being completed by other contractors. 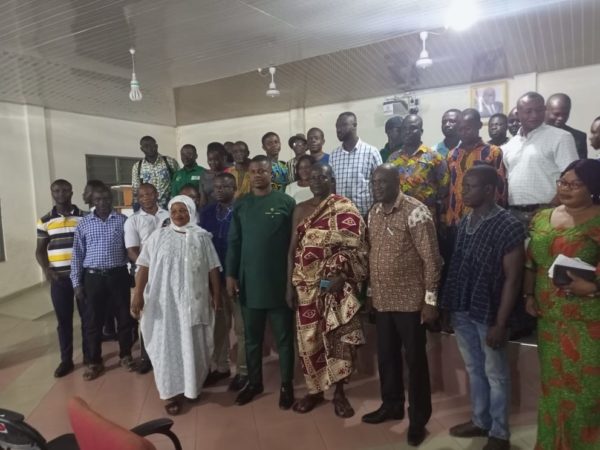 He stressed that the issue of the pending project has nothing to do with financial constraints hence he will ensure the termination of the current contract if the contractor seems to be the problem of the project to ensure instantaneous completion of the Assembly block to accommodate more officers for effective work delivery for the betterment of the District.

On the issue of the dilapidated nature of the roads in the Jaman North district, Hon. Ntim disclosed that the minister for Roads and highways is keen to ensure that all roads are well constructed in the country but funding has been the problem therefore citizens of the district must exercise patience and wait for the return of the contractor as soon as possible to complete the work in the district.

Hon. Augustine Collins Ntim added that despite the Challenges in the district, most departments and agencies are performing exceedingly well denoting that area of health services, education and agriculture are all in order but the problem confronting the district is teenage pregnancy which he pleaded with parents and stakeholders to come on board to ensure effective sensitization to reduce the menace of teenage pregnancies in the district since it is affecting the girl-child in education and other life issues.

Nana Kwame Kodom, Dwantoahene Of Sampa Traditional council called the attention of the minister to some problems facing the district and Nananom.

He disclosed that all the roads in the district are in a deteriorated state which always affects the mobility of people, stressing that there is a deficit of lecturers at the Sampa Nursing training college with an extremely poor road network from the school hostels to its premises making it difficult for the learners to have smooth access to the school hence government must intervene by ensuring the provision of enough teachers and construction of the roads leading to the school premises to enhance effective teaching and learning.