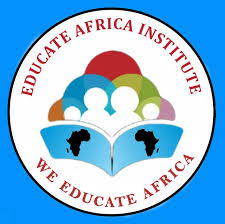 EAI condemned the comment made by President Akufo-Addo over the abandoned E-block project at Aflao in the Volta Region.

President Akufo-Addo speaking on Accra-based Peace FM on thursday entreated Paramount Chief of the Aflao Traditional Area to complete the abandoned E-block community day senior high school in the area himself if he is concerned about the delay.

When a reasonable call has been made by a Chief who is enthusiastic about the development of his people, particularly their education, you don’t employ intemperate words as President.

The paramount Chief of Aflao Torgbui Amenya Fiti expressed his dissatisfaction with the present government’s abandonment of John Mahama’s E-Block.

He issued an ultimatum to the Minister of Education, stating that the project must be completed by February or face repercussions.

On Peacefm’s Kokrokro show yesterday, President Akufo-Addo was confronted with this concern, and his reaction drew criticism.

“The Chief of Aflao can complete the abandoned E-Block on his own,” he said.

We consider the president’s response to be a sham, and he has showed contempt to the chiefs of Volta region.

Per our checks; President Akufo Addo stated during the 2020 election that he would complete all Mahama’s abandoned projects in volta before he ends his second term, thus; this reaction from the president comes as a shock.

After the Tema Harbour, we know that the Aflao border is the next best spot to generate revenue. So the Volta region also deserves better; they don’t need to be begging for development or for infrastructures before they can access education.

The government free SHS policy is good, but certain communities do not have schools, so people are not benefiting.

We see this response from the president as the most arrogant, rude, scornful, and contemptuous rejoinder made at a Paramount Chief by any President of the Republic. What Togbe Fiti V said is in line with what chiefs around the country have been saying: that projects in their communities that have been neglected should be addressed.

We do not pay our taxes to Togbe Fiti, we encourage the President to retract his comment and issue an unequivocal apologies. The central government receives all of their taxes.

The President should not be at the vanguard of discriminating against or separating our ranks, making some chiefs feel unimportant and their people feel excluded from the Republic.