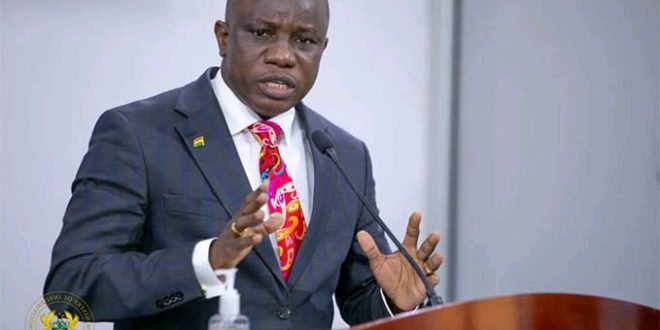 Government has asked Parliament to approve a loan of €111,393,400 to finance the supply of six L-39 Next Generation (L-39NG) aircrafts and the provision of support associated with the operation of the aircrafts.

The support includes products, services, and ground based training system for the Ghana Armed Forces (GAF).

The agreement is between the government (represented by the Ministry of Finance) and Ceska Exportni Banka, A.S. (Czech Export Bank, A.S [CEB]) of the Czech Republic.

The performance sales and purchase agreement on the same six L-39NG aircrafts, which is between the government, represented by the Ministry of Defence, and Aero Vodochody Airospace a.s. of the Czech Republic, was equally laid in the House.

The Minister for Defence, Dominic Nitiwul laid the two agreements, one (credit facility) on behalf of the Minister of Finance, which the First Deputy Speaker, Joseph Osei-Wusu referred them to the Finance Committee and the Committee on Defence and Interior respectively for consideration and report.

The move forms part of the government’s action to retool the GAF in line with the Defence Ministry’s Medium Term Expenditure Framework for 2020-2023.

The ministry as of June 30, 2019, had overhauled three Casa Aircraft for the Ghana Air Force and two helicopters which were grounded since 2012.

The new aircrafts were supposed to have been acquired for GAF before the end of 2020.

Mr. Nitiwul said later that the aircrafts are intended for use from 2025 and dismissed claims that the equipment was being purchased for President Akufo-Addo, who will not be in office from 2025, to use.