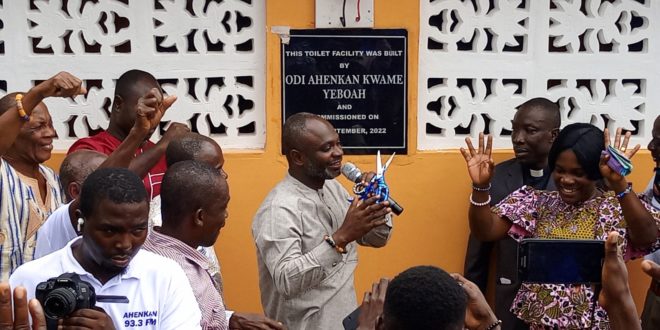 We all have part to play in community building, let’s not leave everything to central government, Odi Ahenkan appeals

The Chief Executive Officer of Ahenkan FM in Akyem Aboabo and also a worker of Peace FM (Despite media) as his alma mater has single handedly built and donated a modern six seater WC toilet for Akyem Aboabo Presby Primary school in the Birim Central Municipality of Eastern region. 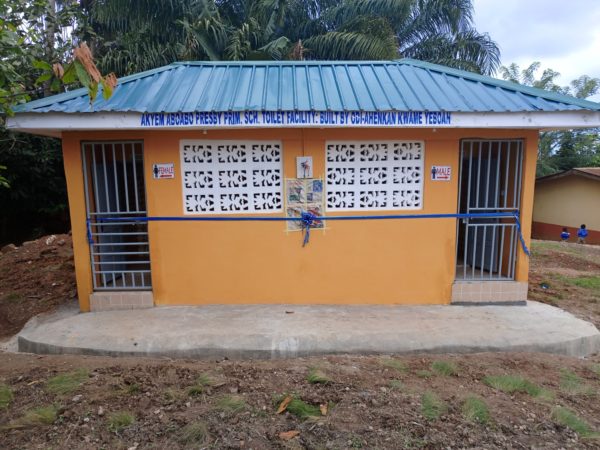 Speaking at the handing over ceremony held at Akyem Aboabo Presby Primary school premises, Odi Ahenkan Kwame Yeboah appealed to all Ghanaians to get involved in their community building with the little efforts which will help to develop our towns without total dependency on government.

He further added by pleading with leaders in various communities across the country to unite to help bring back the love for our communities as it used to be in the olden days where everyone was eager to do something in order to make impact in their communities which really helped to develop communities in the country. 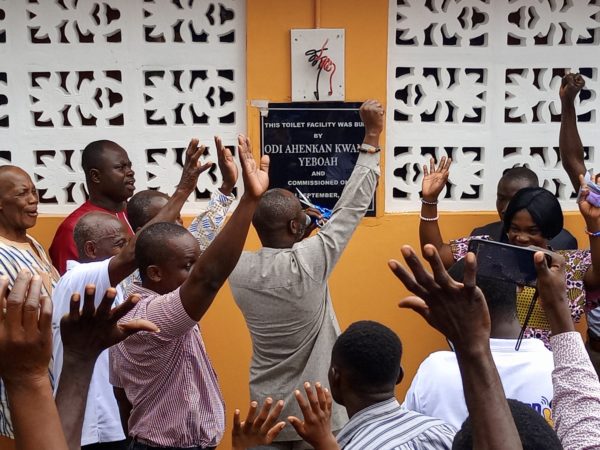 The deputy municipal director of education for Birim Central Municipality, Madam Bernice Asante speaking on behalf of the school showed much appreciation for the dedicated and selfless service from Odi Ahenkan and more importantly having Akyem Aboabo his community at heart and always doing his possible best to ensure development for his people.

See also  Sakora Wonoo: Family of Sir John commissions one of his left behind projects as the former turns 70, Queen mother still reminds gov't about their deplorable road.