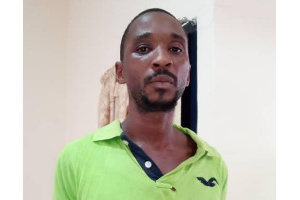 The two accused persons behind the kidnapping and subsequent murder of the 4 Takoradi girls.

However, the Judge has given a 30 day window for the accused to appeal, if need be.

Samuel Udoetuk Wills and John Oji, second accused, both Nigerians, were facing trial in connection with the kidnapping and murder of four girls; Ruth Quayson, 18; Priscilla Blessing Bentum, 21; Priscilla Koranchie, 15; and Ruth Abekah, 18, who got missing between August 2018 and January 2019.

The two pleaded not guilty to eight counts of conspiracy and murder.