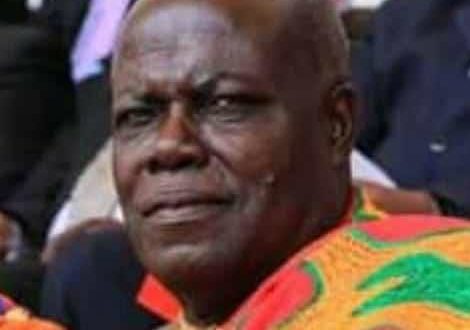 Chief of Akrofonso Traditional area in the Sekyere South District of Ashanti, Nana Owusu Achiaw Brempong has admonished delegates to vote for someone who is development oriented, knowledgeable, counsellor, experienced and has welfare of the people in the Ashanti region and Ghana at large for the post of the Council of State Membership election.

Council of State is a governmental body in a country, or a subdivision of a country, with a function to advice the President or the Cabinet of a government which as well varies by jurisdiction.

The Akrofonso Traditional Leader is the current (incumbent) Ashant Regional Council of State Member. He holds Bachelor in Nursing BSC (Nursing) a Self Employed and of 67 years of age. Farming is his hobby

See also  NPP has always chosen flagbearers based on seniority

He has executed his mandates credibly and many of the populate in the Region are yielding and calling for his second term.

He is someone who has future prospect ambitions for Ashanti Region and had liased with H.E. Nana Addo Dankwa Akuffo Addo.

He’s most likely to win the baton for the second time the heroesghnews investigation indicates.

Ghanaians will once again go on polls to elect
Council of State Members on the 12th of February, 2021 who will represent each of the 16 Region to Council the President in the next 4 years according to the Constitution.

Meanwhile the President, Addo Dankwa Akuffo-Addo, persuant to article 89(2) of the Constitution had already appointed 11 persons to the Council of State headed by Juabenhene, Nana Otuo Siriboe II.