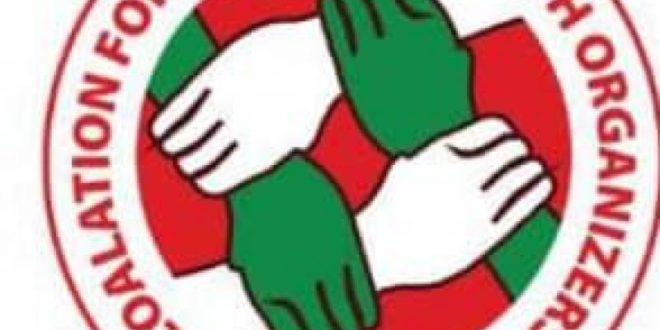 The Coalition of National Youth Organizers are very sad with the
state of the Ghanaian economy.

According to them the Akuffo Addo led government told Ghanaians that the
Economic fundamentals are looking good and that “A Ghana
beyond Aide”is the surest way to go.

“What have government been doing so far with the loans and grants received on behalf of the people of Ghana?

Where are the men and women of competence who have the which the president told us about during his periodic media technical know how to Bring back the economy after Covid-19
briefings of the fellow Ghanaian series?

How much revenue have weaccrued or added to theeconomy by the much hailed One districtone factory?

What happened to the tax payer’s money which was invested in the One district one factoryprogram?” they quizzed the Addo-Bamumia led NPP government in a released statement. 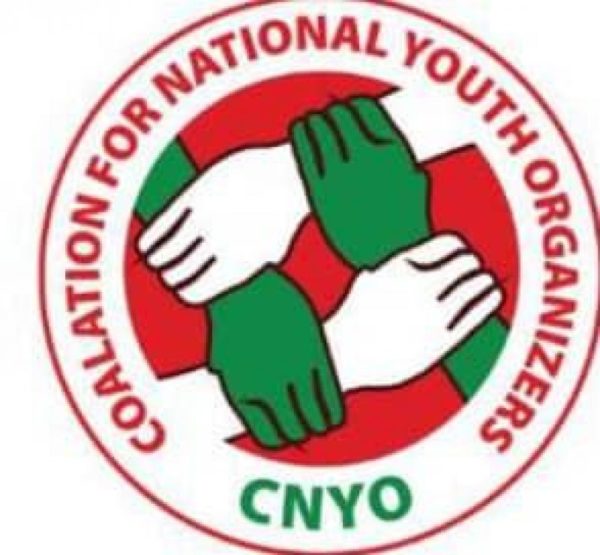 “Now the fact that government has“ Re-grabb” the begging cup and cloak and intends to go to the IMF should be a worrying situation toevery Ghanaian especially now” a portion of the statement read.

According to them Seeking IMF policy credibility is a total admission of incompetence and failure of all economic policiesof government since their assumption of power.

The statement said What makes it worse is that the NPP government choose the Month of July, which is Ghana’s Sovereignmonth to start a dialogue with the IMF.

According to them the month of July is supposed to signify our Sovereignty as a country not only Politically but Economically.

“The Month of July is supposed to remind us that we are No more a Colonized or a Dependenton the Dictates and Handoutsof the West, but unfortunately here we are.

The NPP and NDC ledgovernments in this Fourth Republic dispensation has been getting in and out of IMF with structural Adjustment economic directives instead of a well thought through and properly planned Economic policies” they explained.

The statement said it is obvious by now that this government has been reckless and
careless in spending the tax payer’s money, and must be monitored.

The Coalition of National Youth Organizers assured it will closely monitor events as they unfold and demand accountability, especially how the Youth of Ghana have benefited since the NPP took power.