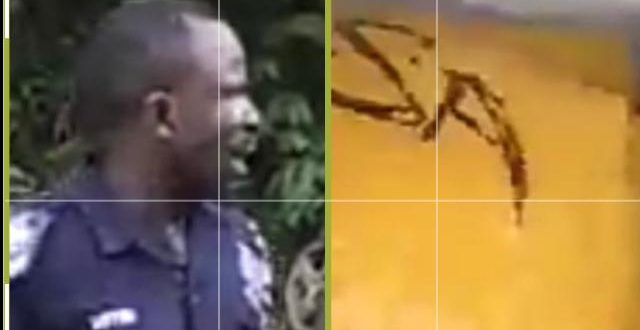 A policeman from Tesano police station allegedly carrying 86 parcels of Marijuana had an accident during a hot chase around Kpeve mountains after he failed to stop at a police checkpoint.

Previous Parochial interest and propaganda against Mr. John Boadu, the competent General Secretary of the NPP, can never be materialized.
Next Tamale: ” I have never done anything to bring disgrace or shame to the party, My Hands Are Clean” John Boadu Tells NPP Delegates