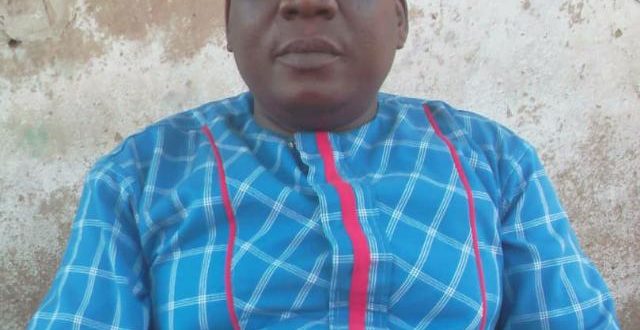 The Abease Mantse Traditional area in the Ga West Municipality in the Greater Accra Region, Nii Kortey Susubribi Onyabrimpong 1st has appealed to the President of the Republic H.E Nana Addo Dankwa Akufo Addo through the Ga West Municipal Assembly led by Chief Executive Hon. Clement Willinton to come in their aid and construct a single public basic school at Abease.

Nii Kortey Susubribi Onyabrimpong made this appeal at Abease when he engaged the people and sensitised them on how to adhere to the safety protocols of the new variant of Covid19.

According to him every effort to ensure that public basic school could be established in the community has proved futile.

Addressing the media, Nii Kortey Susubribi disclosed that Proprietors who have established private schools in the area have made the challenge as their opportunity as they charge unbearable fees for the parents.

The Traditional Leader stated that due to the above challenges school dropout is on the high rate which has resulted teenage pregnancies and social vices among the youth the community.

Meanwhile some of the residents in the Community who spoke to this news site said lack of social amenities such as clinic, public toilets and refuse bin are making living difficult for them.

They called on Philanthropist, Corporate institutions and Stakeholders to come to their aid. for any support call the chief on the following numbers:
Nii Kortey Susubribi 0243885151,0262991173.