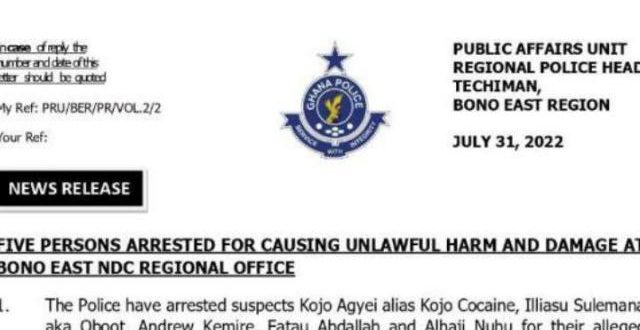 The Ghana Police Service has arrested five persons suspected to be involved in an attack on the Bono East Regional Office on July 28, 2022.

The five according to a statement from the Ghana Police Service will be arraigned before court on Monday, August 1, 2022. 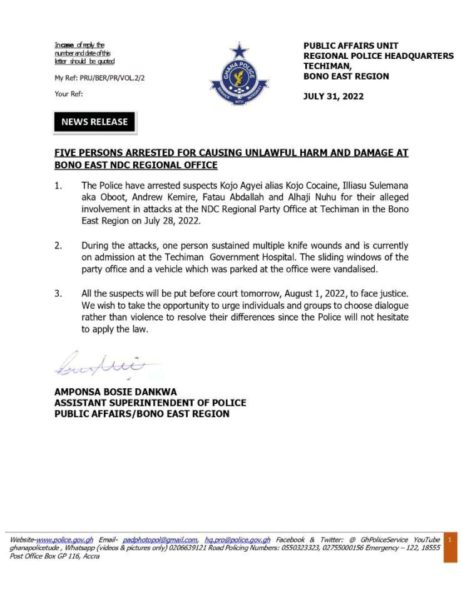 Police say during the attack, one person sustained multiple knife wounds and is currently battling for his life at the Techiman Government Hospital.

Also, a sliding door and a vehicle were vandalized by these suspects on the day.