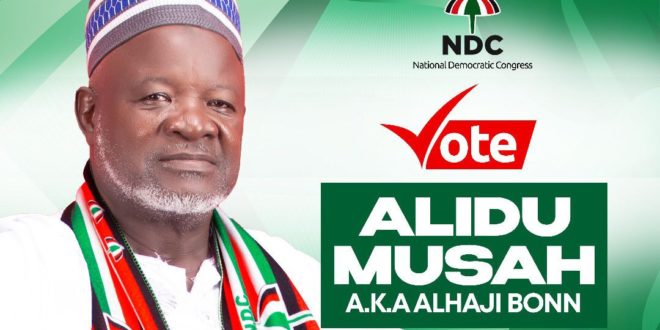 The NDC Elections Committee in collaboration with the Electoral Commission (EC) is expected to conduct the Bibiani Anhwiaso Bekwai Constituency Executives Elections on Saturday, October 22, 2022. 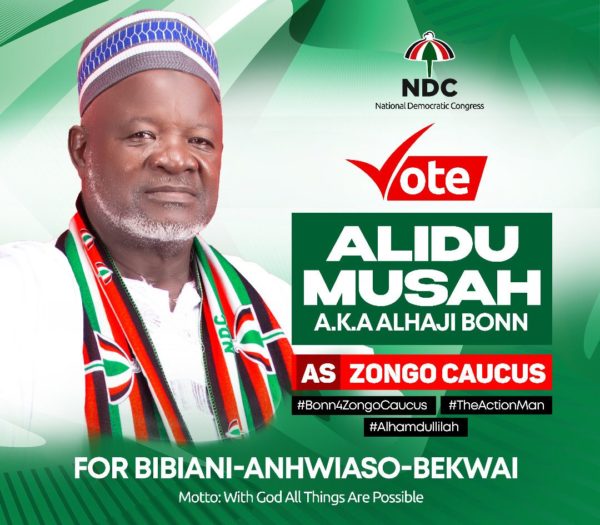 Speaking to the supreme newspaper correspondent in the area after his vetting, Alidu Musah who is one of the NDC communication team member disclosed that his decision to contest as a Zongo Caucus Coordinator on the ticket of NDC was to help the NDC come 2024 general election in the constituency to be more formidable and attractive.

He also added that he could not sit down aloof to allow the Akufo-Addo-led government to collapse the economy of Ghana and hence his decision to join the opposition NDC to win power in 2024 to save the economy from collapsing completely.

“Akufo-Addo, Bawumia and their sons and daughters are collapsing the economy of this country and as a businessman who knows the reality on the grounds, I have to use my experience and knowledge in the past 16 years as a branch chairman join the Bibiani Anhwiaso Bekwai NDC constituency executives to educate the masses about how Akufo-Addo is collapsing the economy,” he stated.

He took the opportunity to urge Ghanaians to have good faith in the NDC party and Mr. John Mahama and rally behind them to recapture political power in 2024 from the incompetent and insensitive Akufo-Addo government.

“I will use my biggest experience as branch chairman to urge all Ghanaians especially zongo communities in Bibiani Anhwiaso Bekwai Municipality to have good faith in Mr. John Mahama and the NDC party and support us to recapture political power from the incompetent and insensitive Akufo-Addo and Bawumia government”, he called.

“The hardship under Akufo-Addo watch is too much. Everything in the country has been increased astronomically, we can’t even buy pure water to drink, we can’t buy petrol, we are suffering too”, he added.

He stated that when you visit the Bibiani Anhwiaso Bekwai the Akufo-Addo government has done nothing in the area.

He, therefore, called on traditional leaders, pastors, teachers, journalists and other professionals to join him to support John Mahama and NDC to recapture political power from the governing NPP in 2024.

He also seized the opportunity to appeal to the rank and file of the NDC party to remain united.

“Let me appeal to all NDC members in the country to remain united because without unity we cannot win the 2024 general elections so I will urge my colleague candidates to be mindful of their campaign messages so that at the end of the day, bringing the losers together we will not find it difficult,” he said.

Alidu Musah appealed to all the NDC delegates in the Bibiani Anhwiaso Bekwai Constituency to vote massively for him to be part of the constituency executives for effective marketing of the party in the area.