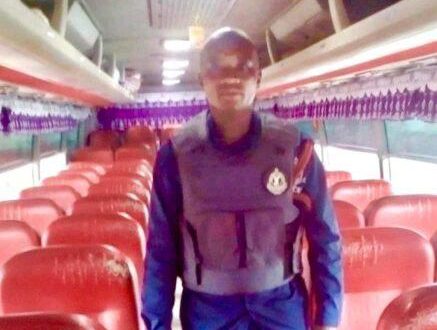 Information reaching us indicate, a police officer with the Berekum Police Command whose identity was given as Bright [BB] has been stabbed to death by suspect this morning.

Local reporter explained to Ark FM that, the deceased was stabbed by suspect Yaw Peprah who has been on police wanted list for various criminal offense.

“While the suspect was being taken to charge office for his statement to be taken, he removed a knife from his pocket and stabbed the officer to death”, Aboroway broke the news on ARK.

“After stabbing the officer, the suspect than took on his heels where he was re-arrested by the townsfolks who also then beat him to death”.

Heroesghnews sympathizes with the family of the police officer, Ghana Police Service as well as friends of the law enforcer. May his soul rest in perfect peace

Previous A/R: Bawumia’s boy ‘keskine’ involved in accident
Next NDC MPs to have crunch meeting on monday over removal of speaker’s soldiers