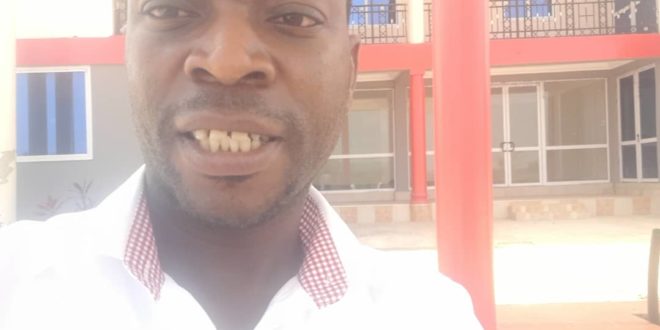 The Presiding Member of the Techiman North District Assemby in the Bono East Region, Hon Daniel Yeboah Assuamah has said that the NDC can’t be trusted in making sustainable policies in the country when they are in power because of their indecisiveness.

According to him it is rather the New Patriotic Party NPP, that always transform the country anytime it comes to steer the affairs of the Republic, therefore Ghanaians should weigh the manifesto and campaign promises of the duo during electioneering period.

Speaking in an interview with newsmen in Techiman, Hon Yeboah Assuamah who is also a member of the Bono East Regional Npp communications team opined that Ghanaians shouldn’t be ballooned with infeasible promises but rather with people centered.

The eloquent communicator added that not all policies should be politicize because during 2016 campaign former President cancelled Teacher and Nursing Trainee allowances but some few days to election he restored a portion of it and has now been fully implemented by Nana Addo Daquah Akufo Addo and on Okada legalization a road traffic act was enacted against its commercialization by NDC government but in 2020 John Mahama promised to legalize it when he had won.

The Presiding Member charged all Ghanaians to refer all political parties of their earlier pronouncement on a policy in order to probe them further before adhering to their manifesto promises.

Hon.Daniel Yeboah Assuamah expressed confidence in the appointment of various sector Ministers and urged them to work hard to be able to win back to back in 2024 and urged Hon.Samuel Abdullai Jinapor to work hard to fight gallamsey to the latter.