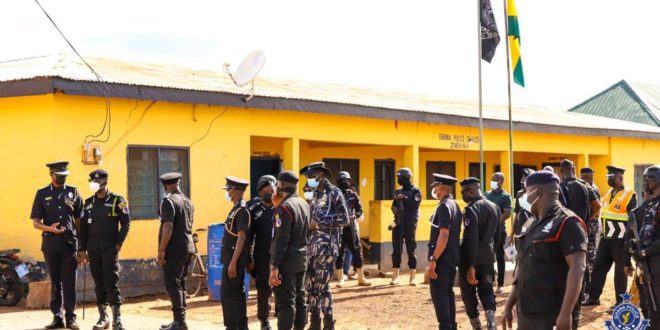 DEPUTY Comm (Administration) Joanne Clarkson says 548 policemen and officers are due for retirement end of this year.
“However, due to the General Election 2022, several would be retained until the completion the election.

“We are also on track to deliver all the retirees their entitlements.
“The calculation of entitlements have been completed.
“We expect to commence all payments in Pay 21.

“Between now and then, we expect those who are retiring to begin the process of handing over their offices and probably briefing their staff on whoever will be their successor,” she added.
“As Commissioner David Manning had mentioned, there are a number of ACPs being retired.

“So as part of filling those vacancies, the board will deliberate on appropriate benefits to those who fill the vacancies,” Deputy Comm Clarkson said.