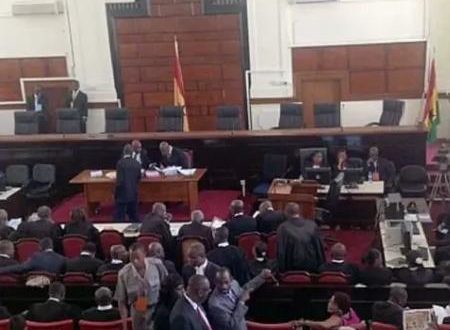 An Accra Circuit had a sitting judge run for his dear life after a gunshot was fired during court proceedings.

The judge presiding over a case at the Accra Circuit court fled, while others follow when a gunshot was mistakenly fired during court proceedings.

The judge was ruling on the infamous Canadian girl’s kidnapping saga which happened in Kumasi in 2019 when a prison officer’s gun mistakenly opened fire.

Previous Why Dzifa Attivor was buried at a police station at Abutia
Next SHOCKING: Rev.Obofour Sits On A Customized Snake-Lion like Thrown To Show He Is A Great Chief- [watch video].