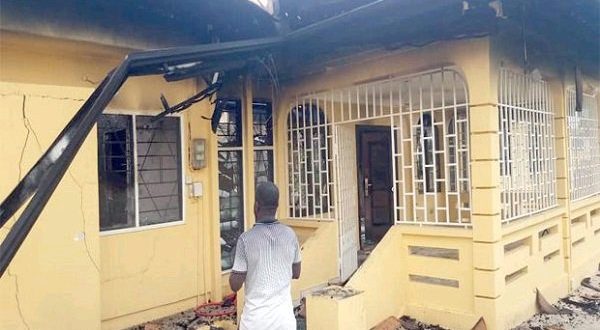 Former Ashanti Regional Director of the Ghana Audit Service has been burnt to death after a blazing fire swept through his house at Aburaso, in the Atwima Kwanwoma District of Ashanti.

According to reports, he was instead trying to rescue another when the building collapsed and trapped him. 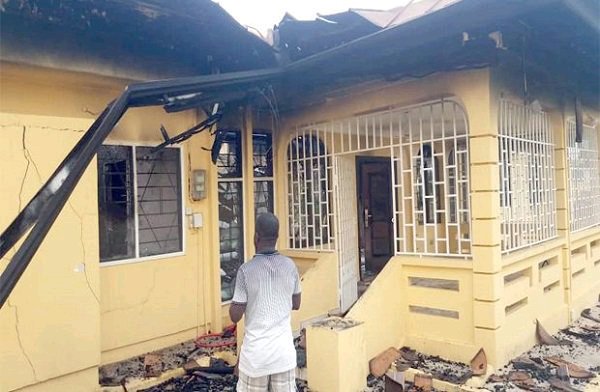 The body of the deceased has therefore been sent to the morgue at the Komfo Anokye Teaching Hospital (KATH) in Kumasi for autopsy.

3 Injured persons have also been are currently on admission at the Accident and Emergency Unit of KATH, receiving treatment.

Among the injured, is believed to be a male child of the deceased, who is said to have visited the country from Europe for holidays.

Eyewitnesses disclosed that it took the intervention of firefighters to douse the blaze to prevent further damage.

Emmanuel Nyantene, the assemblyman for Aburaso, confirmed the information and requested the authorities to look into the reasons behind the local fire breakouts.

He claims that there have been seven house fire outbreaks in his electoral region in only three years, which is undoubtedly concerning.