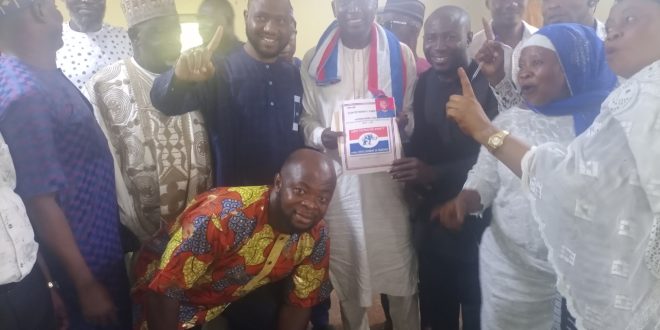 NPP Nasara Coordinators in the Ashanti region have endorsed Hon. Alhaji Saalim Bamba to lead the regional Nasara project in the next four years of political calendar. 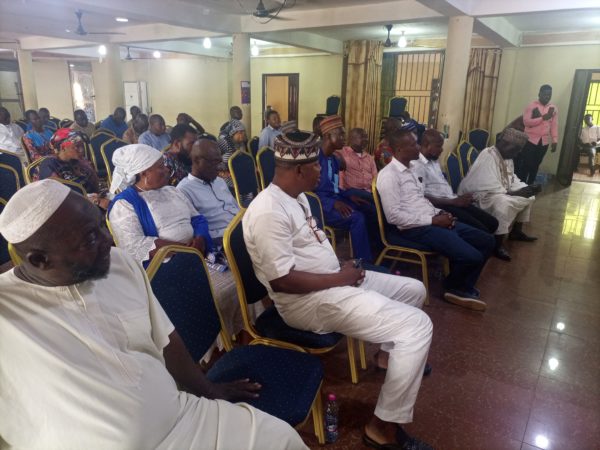 They expressed their deepest trust in the fortitude and sense of responsibility of the current Ashanti regional Nasara Boss.

At a joint meeting to give him 100 per cent endorsement at Kumasi Central Mosque, they all matched and escorted the Regional Nasara Coordinator to file his nomination form to seek re-election at the Regional Coordinating Council. 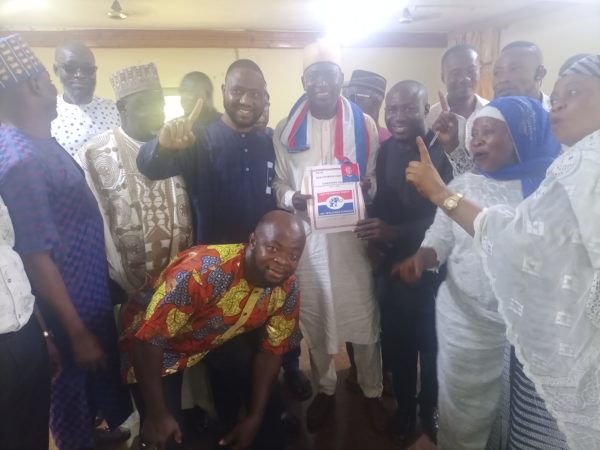 Speaking with despite media reporter Rexkin Ohene Boateng, all the 47 constituency Nasara Coordinators and their deputies said Alhaji Saalim Bamba’s competence, capability and capacity to the Nasara project is not questionable. On that basis, there will be no hesitating to give him all-round of support.

Addressing the crowd after filing the nomination on Monday, Alhaji Saalim Bamba was very grateful and stated that a good leaders must ensure a consensus with their followers and do what they like.

“Don’t use the power you have today to earn self-admiration and to intimidate others, listen and do what is rightful for them, leaders do take stringent decisions but most a times it must be consensus” Alhaji Saalim Bamba stated.

He gave assurance to reduce votes of the NDC in the Ashanti region therefore needs members of the party to work in close collaboration and intensify their campaign efforts. 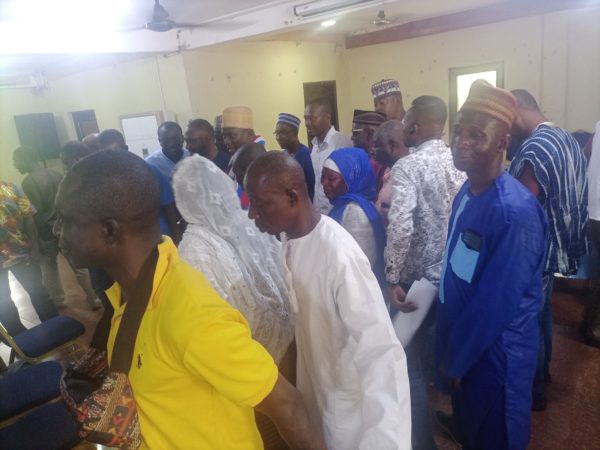 The New Patroitic Party as part of its quest to break the eight years jinx in 2024 is set to elect party officials in the region across the country.

As indicated in previous communications, the Party has scheduled May 27 to May 29, 2022, as dates for the conduct of the Regional Annual Delegates Conference which would see to the election of Regional Executive Officers. 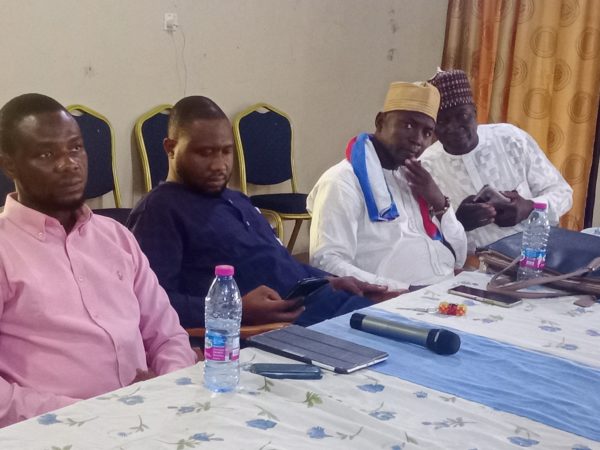 In accord with this, and following the successful conduct of the Constituency Annual Delegates Conference, the Party’s National Council would soon meet to fashion out appropriate Rules and Regulations to govern the conduct of the Regional Elections.

Previous Every Odikuro Must Get Three Sub-Chiefs To Support His Activities – Nana Kwarteng Agyekumhene.
Next Seikwa Traditional Council: Police Officer has been installed as Paramount Chief.