Paramount Chief of Nangodi Traditional Area in the Upper East Region, Naaba Kosom Yelzoya Asaga II has admonished the public to refrain from ” It’s a do or die” statement during electoral seasons.

He said Ghana is ranked in global one of the few countries which is fast undoubtedly growing in Democracy during political elections, therefore messages and utterances must devoid of flammable that may plunge the country into chaos thereby losing its fame.

According to him, a nation cannot thrive in the midst of chaos, rancor, and violence; hence it’s very necessary the public especially the youth must ought to be circumspect and decorous during and after December 7 elections.

Speaking at his Palace ahead of the 2020 elections, Naba Asaga II noted that the election must be seen as a mere game of test of popularity and not a do or die affairs.

“In this game, some will definitely lose and others will win, does winning or losing means enmity. Ghana is far bigger than any political party or any entities” he quizzed

The Nangodi owner further noted that violence and destruction of lives and properties do not speak well of as a democratic country that has gained respect over the years.

He emphatically pointed that every one is entitled to only one vote and we must go and cast that vote which is our power and leave peacefully.

Naaba Asanga II, therefore, chastised the youth in the Region to vote wisely based on good policies that have the potentials of transforming the country. 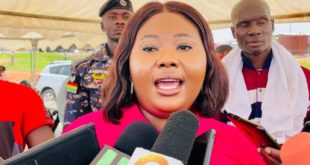