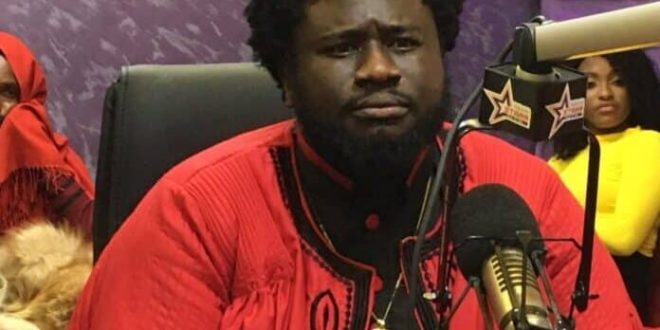 The controversial man of God has urged men to stop sucking the b00bs of women if they want to live long. In an interview with Fiifi Pratt on Kingdom FM, the man of God talked about spiritual issues and what happens in the spiritual realm.

Bishop Ajagurah disclosed during his submission that most men are dying because of breast sucking. He stated that a lot of men are being poisoned by their women through breast sucking and must be on guard.

Bishop disclosed that most men are being killed slowly by their women through breast sucking. He disclosed that some women apply poison on their nipples, around their ears, their navels, and other parts of the body they know men like to lick during s3x to kill them slowly.

He added that some women are paid to kill these men by using slow poison. He stated that these poisons can sometimes take a period of two weeks before the poison has an effect on them. He declared a strike of breast $ucking by the members of the Ajagurajah movement.