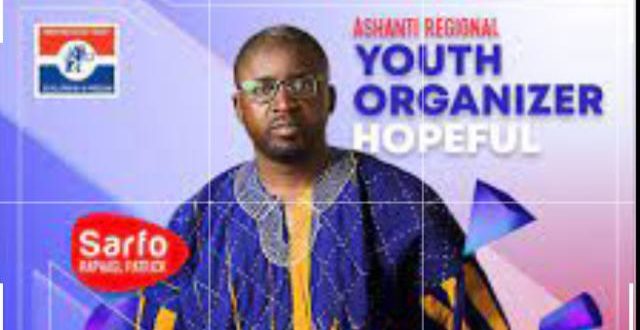 The newly elected New Patriotic Party Youth Organizer elect, Raphael Sarfo Patrick has called on the youth of the party to put all hands-on deck and focus on winning political power for the NPP in the 2024 elections.

According to him, the NPP youth wing has so much talent that Ghana will be the ultimate beneficiary should the party be given another mandate in the next elections.

“We have a vibrant youth wing that communicates well to the discerning Ghanaians and if we brace the wing well, could lead us to win the battle ahead of us,” he indicated.

Speaking on Ashh Fm’s National Agenda, the newly elected Regional Youth commander said, breaking the eight would depend on the ability to mobilize the youth with a common agenda. 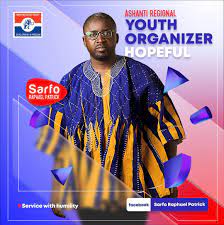 Raphael Sarfo Patrick popularly known as ‘Raph’ further urged the youth in Ashanti Region to avoid any form of difference and join the winning team to fight one course.

He further called on all the aspirants to join forces with him to pursue the ultimate goal (Breaking the 8).

Previous Price Control Rejection By The Npp As Expected And The Position Of Adongo And Other Supposed Ndc Socialists
Next Asokore Mampong: Teacher Trainee Impregnates 24 Girls, Headmistress And Four Female Teachers.