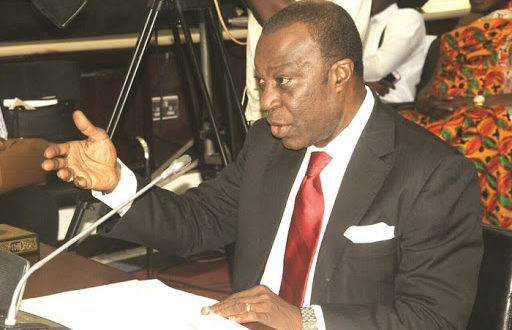 Report coming has it that the Former Minister for Monitoring and Evaluation, Hon Dr Anthony Akoto Osei has lost his wife.

The sudden demise of his wife is a big blow to him, though the cause of her death is unclear but sources say she has not been well lately that even opted the Economist to halt active Parliamentary business so as to care for his wife.

Confirming the death to Rexkin Ohene Boateng, the Ag. Npp Constituency Chairperson for Old Tafo in the Ashanti Region, Nana Afia Konadu said Mrs Naana Ayiwa Akoto Osei passed on Sunday when the husband was with the President at Peduase Lodge for the preparation of the SONA.

Nana Afia Konadu together with the Constituency Executives and the entire NPP fraternity in the Old Tafo sadly extend their condolences to Honourable Anthony Akoto Osei and the entire family in this sad moment.

Meanwhile the Information Minister, Kojo Oppong Nkrumah said in a tweet, “Dr Anthony Akoto Osei former MP for Tafo, taught me half of what I know in Finance and Economy. On the loss of his wife, colleagues gathered to mourn with him.”

Dr. Anthony Akoto Osei, a distinguished statesman, was born in Sunyani, Ghana. He was the Cabinet Minister for Monitoring and Evaluation in President Akufo-Addo’s first government as well as the former Member of Parliament for Old Tafo Constituency in the Ashanti Region of Ghana.

The former Legislator obtained his PhD from Howard University, USA in 1987, a Master of Arts degree in Applied Economics from the American University in 1980. He had earlier obtained a Bachelor of Arts (BA) Degree in Economics from Oberlin College in Ohio in 1978.