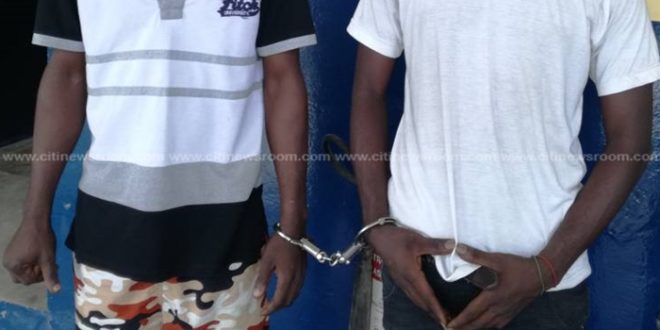 Two military personnel under training at the 155 armoured regiments in Damongo in the Savannah Region have been arrested by the police for allegedly raping a student of the Damongo Nurses Training College.

The two were identified by the victim, who returned to the school for her documents after completion.

A tutor of the school told Citi News that the student was gang-raped by personnel at the premises of the hostel on Sunday night.

The victim said one used a condom and the other did not.

The victim has been sent to the West Gonja hospital for examination as part of the investigation.