Breaking News
Home / GENERAL NEWS / If you reduce minority’s number by one, yours will be reduced by two – Nii Lante Vanderpuye 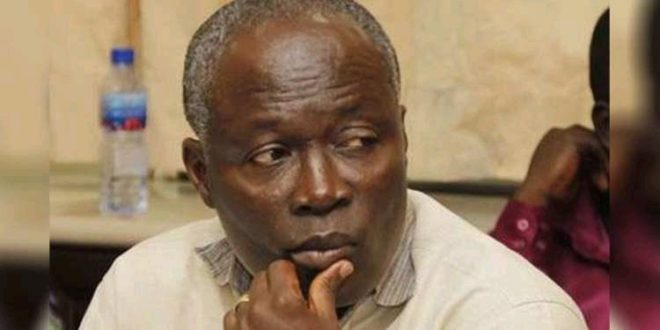 If you reduce minority’s number by one, yours will be reduced by two – Nii Lante Vanderpuye

Nii Lante Vanderpuye, the MP for Ododiodoo has cautioned the governing New Patriotic Party (NPP) to put a stop to activities that will result in the reduction of NDC legislators below 137.

He said the Minority was aware that government agents were working at all cost to get the Minority to lose some of its members of Parliament to enhance their agenda in the law-making chamber.

The former Sports Minister was speaking to Prince Kwame Minkah on Dwaboase on TV XYZ Wednesday morning when he revealed that the stiff opposition to the E-Levy Bill had infuriated some bigwigs in the NPP who would want to go against all odds to get some NDC MPs out of parliament.

His comment comes after the NPP prayed the Supreme Court to halt NDC MP for Assin North, James Gyekye Quayson, from holding himself as a parliamentarian amidst a possible discussion on E-levy soon.

Quayson’s eligibility as an MP was challenged in court last year over allegations that he had dual citizenship.

A Cape Coast High Court in July 2021, annulled the Assin North Parliamentary elections saying that Mr Quayson was not eligible to contest the polls.

NPP’s Director of Elections, Evans Nimako, who spoke about the NPP’s plan indicated that the party will employ the judicial process to stop the MP from attending Parliament.

See also  Wonders: Video of a child whose head mysteriously got stuck in a tree 🌲 out. [watch now]

The Supreme Court has consequently asked its Registrar to serve notice of a suit before it to NDC MP, James Gyekye Quayson as an individual and not a Member of Parliament.

The order was issued on Tuesday, February 1, 2022, when the case involving the governing NPP and Mr. Quayson was heard.

Similarly, MP for Ejumako Anyan Essiam and former deputy minister for finance, Ato Forson and three persons are standing trial for allegedly causing financial loss to the state in the procurement of some ambulances.

Commenting on the matter, Mr. Vanderpuye observed that the suits were the tactics the NP had adopted to frustrate the Minority and possibly have their way with laws that won’t sit well with Ghanaians.

“What the NPP is doing to Dr Ato Forson and Quayson is to reduce our numbers to have their way but we remain unfazed. If our numbers reduce God knows how to reduce their numbers,” he stated in Akan.

He reiterated their readiness to vote against the E-Levy if the bill is laid on the floor.

Asked what their plan B will be when the NPP is able to restrain some of their MPs and pass the bill, Lante Vanderpuye said “When they reduce our numbers by one, their numbers will be reduced by two”.

Meanwhile, General Secretary of the NDC, Johnson Asiedu Nketiah has expressed confidence in the Minority to reject the E-levy, saying he does not believe they can be compromised.