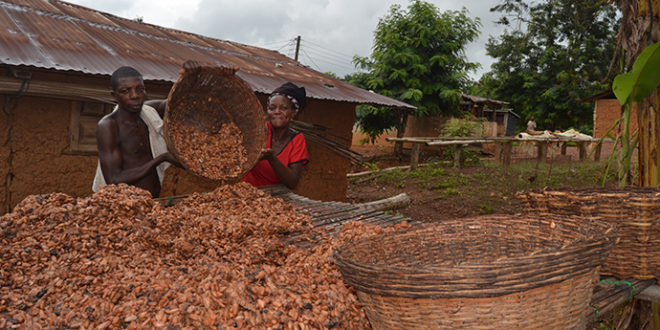 The Ahafo Regional Minister, Hon. George Boakye has assured his people in the region especially cocoa farmers not to feel threatened as they are approaching the cocoa season.

According to the Minister, security has been beef up in the region to help protect life and property in the region.

This development is a way to help curb the unfortunate incidents especially the killing of innocent cocoa farmers in the area.

Speaking at the NPP delegates conference in the Ahafo Region at Goaso, the Regional minister noted that, extensive measures have been put in place to address some of the security threats challenges in the Region especially the killing of the cocoa farmers during the cocoa season.

He said, the security situation is the best and there would be no complecency going forward.

“All the District Police Officers, MUSEC, DISEC, RESEC etc have been briefed about the situation and have all instituted plans to fight the insecurity menace to make Ahafo Region a safest place to live.” Hon George Boakye assures.

The Minister added that, breaking the 8 year election cycle is possible and in his Region they are working assiduously to take back the two parliamentary seats occupying by the NDC.

The National Treasure for the NPP Party, Mr. Abankwa Yeboah, who is gunning for the National Chairmanship Position and also touring for that ambition, speaking to the delegates, called on the MMDCEs confirmed and yet to be confirmed to have the party at heart and make sure they make the party attractive in their respective districts by collaborating with their Mps and party executives.

Defend government policies, and open their doors always to party faithfuls to address apathy being exhibited by some party supporters

Mr. Abankwa Yeboah again, disclosed his intention to contest for the National Chairmanship position, according to him he has the competency to lead the party because he was able to deliver on his current position to the benefit of all.