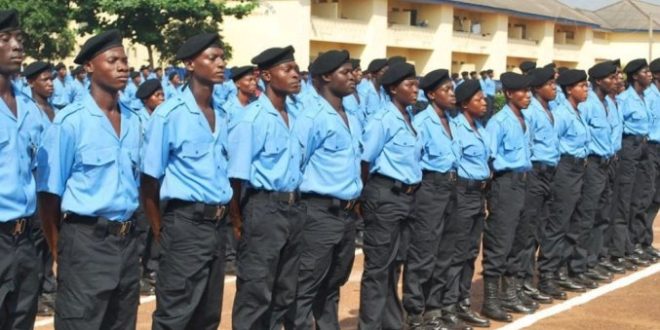 “go home, your service is over” Police tells CPAs

All Community Policing Assistants have been ordered to return home by the Upper West Akim District Police Command.

The directive was given to them because their service with the Youth Employment Agency had come to an end (YEA).

The beneficiaries have since requested that the government pay all outstanding arrears.

The beneficiaries told Rainbow Radio’s Prince Collins Bening that once the arrears owed them were paid, they would return all items given to them during their service.

See also  "Gov't Alone Can't Solve All Problems In Our Electoral Areas, Let's Do Our Best ~ Assembly Member To Colleagues"

Meanwhile, District Director Mr Yeboah Bediako stated that the government was willing to pay all outstanding arrears to owed beneficiaries.

It has also been revealed that the agency will soon hire new beneficiaries.

The Youth Employment Agency (YEA) in August last month informed beneficiaries under the Community Protection Assistants and School Support Module that their contract was over.

The notice issued by the Agency announced the service of engagement would be officially over on August 31, 2022.

Management said it was currently evaluating all programmes and will advertise new programmes that will be rolled out in the ensuing months.

Tags go home is over your service