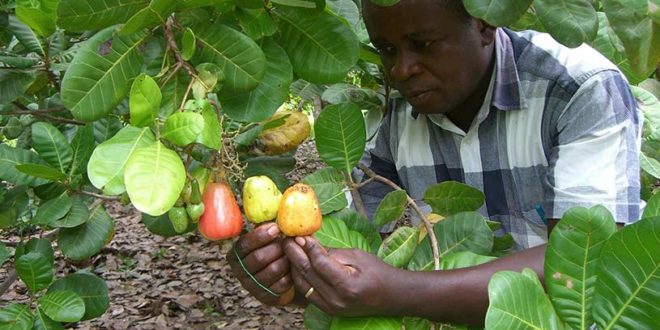 The NPP Bono Regional Chairman Hon. Kwame Baffo known as Abonye DC has advised the NPP to pay attention to critical issues that affect the people they serve when it’s table before them.

Since such issues end up affecting the party support at the base if they are not addressed well.

Issues such as low prices of cahew nuts which pop up before the general elections when not addressed, affected the party to lose 6 parliamentary seats in the Bono Region as most of the people are basically cashew farmers and were agitating over the situation.

Meanwhile, if attempts were to rectify it, it would have averted the lost of parliamentary seats in the cashew farming constituencies.

Another issue he raised, got to do with the disbursement of Covid-19 Relief Fund where some people names were compiled and and sent but nothing came out.

In fact no one in Bono Region received anything. This created extensive apathy in the region where the Opposition NDC capitalised on for their campaign against the NPP in the region.

Going forward, he expects government to pay much attention to what the party executives would bring to them as concerns and address them well.

Hon. Kwame Baffour Abronye was speaking at the NPP delegates conference held in Bono Region that saw many of the national executives.

Hon. Kwame Baffour Abronye again, called on the party to take a firm step on party supporters who instigate others against their own after internal elections.

That behaviour also goes a long way to affect the party too. Most seats lost can also be attributed to apathy that breeds after primaries.

The General Secretary of the ruling NPP party on his part, condemned behaviour of some party supporters who preaches “skirt and blouse” after primaries in the party.

He called for unity and discipline in the party.

He noted that, soon the NPP school will be ready to build the competency of its members.

For Heroesghnews by Micheal Akrofi.

Previous PHOTOS: Shocking As 12 Year Old Girl Gives Birth To Baby Boy [Person who’s Responsible Will Shock You]
Next Entrepreneurship Is The Solution To Unemployment In Ghana- Dr. Richard Asiedu