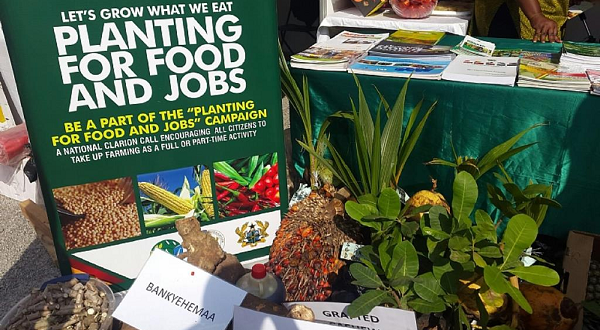 As part of contribution towards the government policy on planting for Food and jobs program, the Bosomtwe District Assembly has engaged in one acre maize plantation at Pramso in the same district.

This was disclosed in the sessional address of the District Chief Executive, DCE Hon. Lawyer Joseph Kwasi Asuming at a general assembly meeting on Friday.

Addressing the participants Lawyer Asuming hinted that the agriculture directorate has officially registered 214 farmers which the district assembly itself formed part. Adding that the government has also provided all needed inputs and logistics to the agric directorate to furnish the program.

Planting for Food and Jobs is a flagship agricultural Campaign of the Government, with five (5) implementation modules. The first module PFJ (Crops) aims to promote food security and immediate availability of selected food crops on the market and also provide jobs.

The chief Executive cautioned the staffs to endeavor to eschew any form of Professional misconduct at their offices particularly with lateness and absenteeism.

The one Day assembly meeting called the need to elect the District Presiding Member, PM to replace the position which also turned futile after first and second round.

Speaking to Heroesghnews.com, Rexkin Ohene Boateng the District Coordinating Director, Mr Sencherey Kofi Kingsley said the assembly maize plantation which is on the verge of harvest will not only support the School feeding program but also will improve the assembly revenue generation.

He added the assembly has introduced a “district electoral area project” which will help assembly members initiate projects in their electoral areas every year.