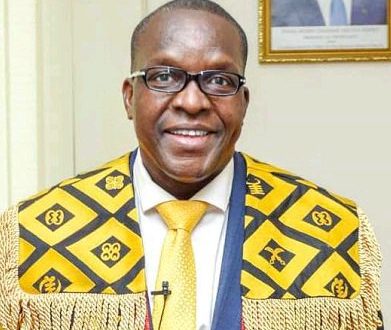 Bagbin Breaks Silence On Why He Left Parliarment

Speaker of Parliament Alban Sumana Bagbin has denied claims suggesting that he left the chamber on Monday as part of an effort to frustrate the approval of the 2022 budget for the smooth operation of government business.

He indicates that he formally informed in writing through his usher that it was late and he had to go home and rest.

The Speaker said on the day, he had to literally force the New Patriotic Party (NPP) members to sit at 2:00 pm and got tired along the line since he was made to vary proceedings to approve some loans and undertake some other government business.

“I can give you a copy of my closing remarks which when I was leaving I passed through my Usher to give to them. It was after 10 in the night and I had to go and take a rest because you delayed in sitting, I had to compel the house to sit after 2 and decided and said let’s discuss e-levy, you say no, vary the order of business, I kept on varying the order of business, we did about 6 important items, approving other loans until I had to hand over getting to 6: 30 to the first Deputy Speaker now they say I refuse to preside that is why some numbers were not in the house,” he said.

Alban Bagbin indicated that he cannot be blamed for the brawl between the Majority and Minority in Parliament.

“I’m not a Chief whip of any political party, I’m not entitled to bring members to the house, that’s not my duty. I am to preside and apply the rules and I’ve applied them fairly, according to my understanding through literature, through experience.”

It could be remembered that the Majority in Parliament on Monday indicated that they cannot find the Speaker of Parliament who was expected to preside over sitting on the day to ensure that e-levy is passed on the certificate of urgency.

The First Deputy Speaker Joe Osei-Owusu had to preside over the sitting but had to hand over to the Second Deputy but this degenerated into a brawl between the Majority and the Minority in the house which has widely been condemned.

Previous Ghanaians Blast Majority Leader after He Exposed Speaker Over Rejected E-Levy
Next How Chief of Staff Frema knelt ‘wept’ Before Adwoa Sarfo Over E-Levy.