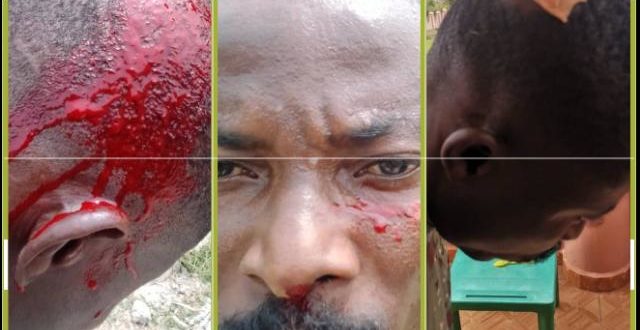 The Afigya Kwabre South District Assembly taskforce whom have been seen in video going viral beating a young man on a building construction site have finally broken silence.

After the said brutalized video hit social media, many Ghanaians have thrown lashes, condemning the actions of the taskforce.

In an interview on hello fm kokrokoo morning shows with Samuel Juachem on Thursday to ascertain the truth of the matter, the District Development Control Officer, Mr Williams Amade who led the taskforce to the site narrated that the law, rules and regulations governing the work of the assembly is to seize the tools of any worker who is working on a building without permit until the owner goes to the assembly to settle the issue and then the seized items are released to him or her.

“That was exactly what the taskforce did. After seizing the items and were moving out from the site, the said Mason threw stones at them and hit one of the taskforce (Osei) who was sitting at the back of the moving pickup, this led to the retaliation that you see in the video by the taskforce” He explained 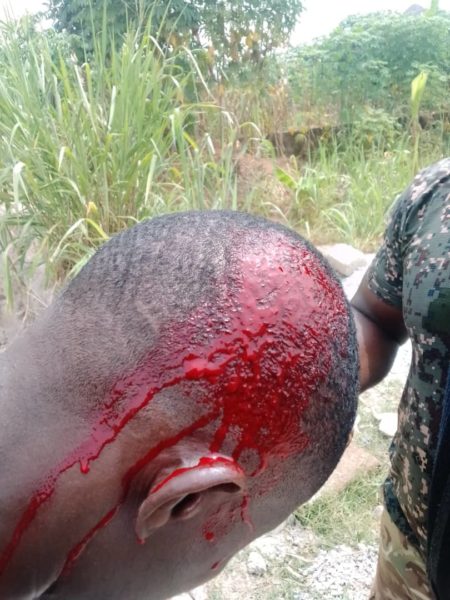 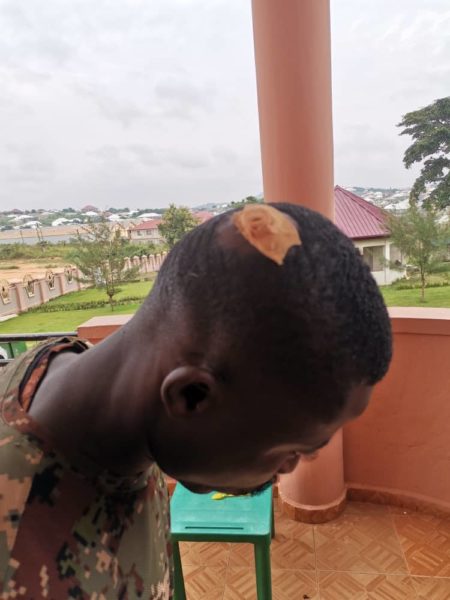 “Though I condemn the act but I also condemn some of you especially the NDC guys in the district who are blowing the issue out of proportion and trying to implicate innocent individuals like the DCE who has nothing to do in this issue” Mr Williams Amade stated.

See also  fear engulfs ghanaians following the dead of a policeman escorting bullion van and a woman at shop.

Meanwhile on the same network narrating his ordeal, the Victim, John Okyere said he was at a construction site laying foundation on a piece of land owned by one when these taskforce went to the site, asking him to produce document covering the land in which he was working on.

He then directed them to go to the land owner as he was just a laborer. 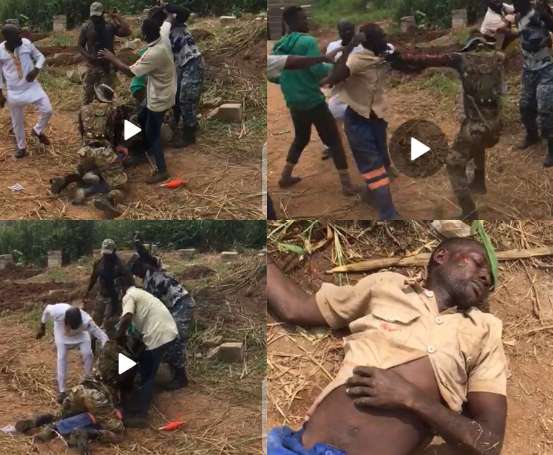 Not convinced with the utterances of the mason, the taskforce attempted seizing the tools of the mason which he refused to give.

It resulted into hot altercation.

The mason in a video going viral initially threw some punches to defending himself but he was overpowered by the heavily built taskforce.

The case has since been reported to the police which according to them, the police is arranging before the court.